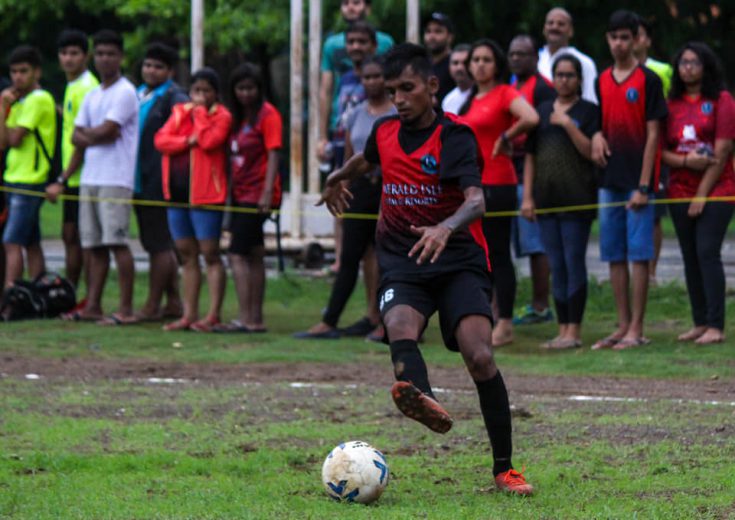 ND2 Soccer Starz kept Tiger Sports strong attack at bay as they held the score line 0-0 after half time. Eventually, Aditya Dalvi’s early second half header helps Tiger sports to gain the lead and finish the game with crucial 3 points in their tally.

Niraj Bhandari’s strike opened the tally for Gorai FC as he dribbled past the goalkeeper to score the opening goal in the 15th minute. However just when it seemed that Gorai FC are running away with all three points, a last gasp move by Challengers FC ended in Tyrone Braganza converting it to an equaliser as both sides settled for a draw and point each.

Shelar FC’s goalkeeper Everest Cardin showcased stellar performance on the field as he pulled off several saves to keep Kajupada attack line at bay. After a goal less first half, Shelar FC managed to break the deadlock with the only goal of the game as Sagar Gawade’s strike in the 48th minute turned out to be the winner. After a disappointing loss in the opening game, Shelar FC came back strong to beat Kajupada FC and grab all three points.

My next job is to seal a place in the final list of 23: Kamaljit Singh
It was quite easy for me to fit into Coach Stimac’s system: Brandon Fernandes