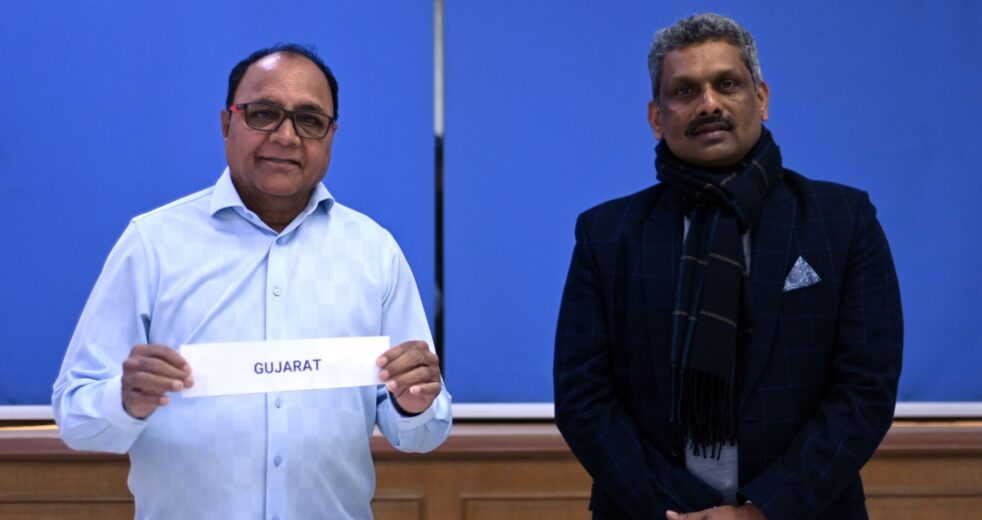 After starting a revamped and rejuvenated format of the Hero Santosh Trophy at the end of last year and the second edition of the Hero Futsal Championship set to follow, the AIFF continues to expand football’s frontiers.

In the presence of Secretary General Dr Shaji Prabhakaran, the federation announced the groups and fixtures for the inaugural Hero National Beach Soccer Championship at the Football House in New Delhi on Monday, January 2, 2023.

Speaking on the occasion of the draw to decide the groups, Dr Prabhakaran, wished everyone a prosperous New Year and expressed excitement at the launch of a new format of competition.

“We are thrilled to launch this competition and are thankful to the Gujarat State Football Association (GSFA) for conducting the event. It is commendable that twenty teams will take part in the competition to be held in Surat,” he said.

“Seeing as this is the first time the competition will be held, there are obviously no clear favourites,” Mr Prabhakaran said. “Every team will come with an open mindset hoping to capitalise and become inaugural champions. We look forward to an exciting event.”

“We feel excited to be hosting the first edition of this event,” Mr Mulrajsinh Chudasama, Secretary GSFA, said while welcoming teams. “It is a huge privilege, and we are well prepared to ensure all the participating teams have a great time here.”

Chairperson of the Beach Soccer Committee Mr Jignesh Patil, while welcoming teams for the event, also said that the committee was encouraged by the enthusiasm that saw 20 teams register for the event. “We hope in the coming years, more states will also choose to host the event,” he said.

The Hero National Beach Soccer Championship will be held at the Dumas Beach in Surat, Gujarat, in Arena I and Arena II.

Following are the Groupings for the Hero National Beach Soccer Championship:

The following are the Fixtures: