One Month On: 5 billion engaged with the FIFA World Cup Qatar 2022™ 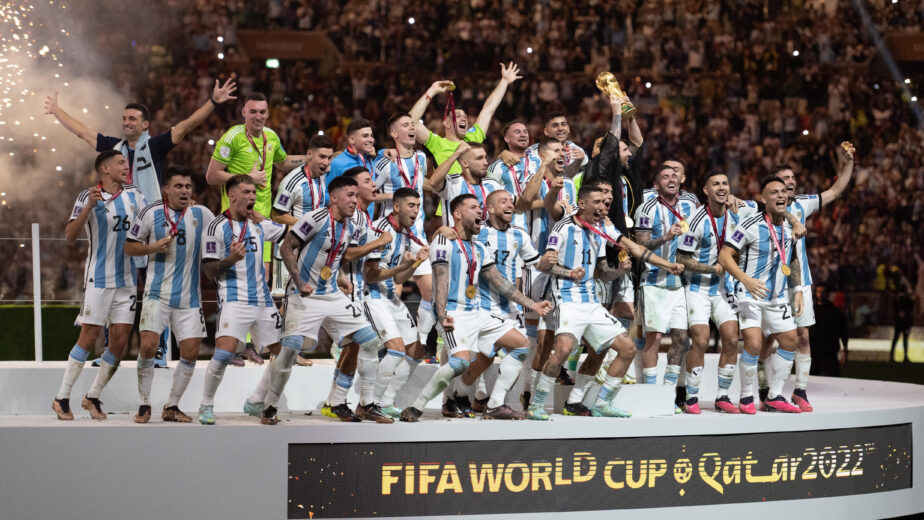 On 18 December 2022, 88,966 spectators packed into Lusail Stadium and close to 1.5 billion around the world watched a pulsating Final between Argentina and France. One month to the day since Lionel Messi, Lionel Scaloni and La Albiceleste lifted the trophy, we review some facts and figures from on and off the pitch, that reflect the sheer scale of the biggest single sporting event on the planet.

Early figures suggest that around 5 billion people have engaged with the FIFA World Cup Qatar 2022, following tournament content across an array of platforms and devices across the media universe. On social media, according to Nielsen, there have been 93.6 million posts across all platforms, with a 262 billion cumulative reach and 5.95 billion engagements.

The FIFA World Cup Qatar 2022™ was enjoyed inside the stadiums by 3.4 million spectators – up from 3 million in 2018 – who were treated to a historic tournament. 172 goals ensured that Qatar 2022 became the highest scoring FIFA World Cup in history, eclipsing the previous highest total of 171, in both 1998 and 2014.

Three matches at Lusail Stadium, including the Final, saw the highest attendance for a match registered at a FIFA World Cup since USA 1994 when Brazil played Italy in front of 94,194 at the Rose Bowl in Pasadena.

It was a tournament too of notable contributions from some of football’s heavyweights. Cristiano Ronaldo became the first man to score at five FIFA World Cups (2006, 2010, 2014, 2018 and 2022) while Lionel Messi became the first player to score in four successive knockout stage matches in a FIFA World Cup since the round of 16 was introduced into the modern era, at Mexico ‘86. Messi also passed another landmark when he made his 26th FIFA World Cup appearance in the final, overtaking the record previously held by Lothar Matthäus.

The fastest goal came after just 68 seconds when Canada’s Alphonso Davies, 22, scored against Croatia. At just 18 years and 110 days, Spain’s Gavi became the youngest goal scorer at a World Cup since Pelé in 1958, with a stunning strike during the 7-0 win against Costa Rica.

There were many other notable achievements:

No tournament can run without the incredible hard work behind the scenes. The FIFA World Cup Qatar 2022™ was supported by 20,000 volunteers, selected from 150 nationalities. 17,000 volunteers were residents of Qatar; 3,000 were international. The volunteers ranged in age from 18 to 77 years old. In total, there were 180,000 accredited people working to make the tournament a success, including more than 10,000 media representatives who shared their impressions and images with the world as football history was being made.

Qatar 2022 also featured a number of firsts in the areas of workers’ welfare and sustainability. This was the first FIFA World Cup to offer audio-descriptive commentary for blind and partially sighted fans globally through the internet, with the service being available in English and Arabic. Three stadiums hosted sensory rooms for fans with sensory access requirements, while every match venue was built to exacting accessibility standards, including accessible parking, seating, bathrooms, and concession stands.

All in all, the numbers added up to a formidable FIFA World Cup. We hoped you enjoyed it, as much as we did! Click here to see the full overview.

7 football superstars who have visited India
“How we work cohesively as a defensive unit is very important to be successful”, says Des Buckingham after a rearguard 1-0 win over ATK Mohun Bagan