“How we work cohesively as a defensive unit is very important to be successful”, says Des Buckingham after a rearguard 1-0 win over ATK Mohun Bagan 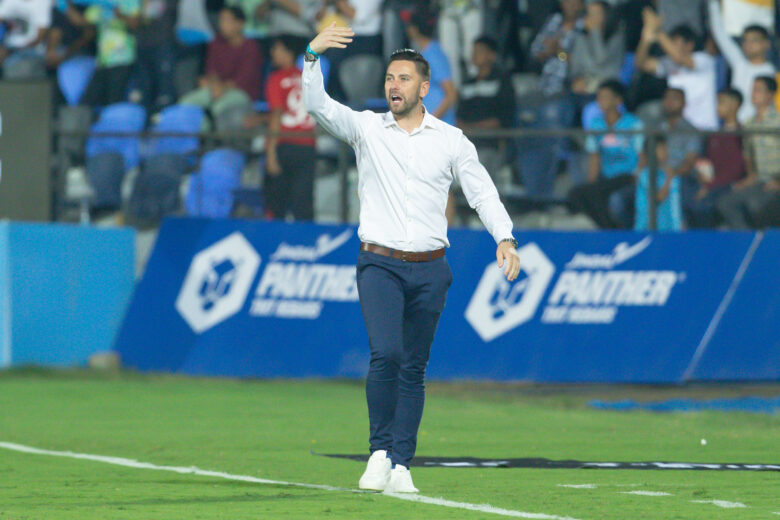 Mumbai City FC became the first club this season in the Indian Super League (ISL) to book a play-offs berth after their slender 1-0 victory over ATK Mohun Bagan in their previous game.

The Islanders have showcased their immense attacking prowess throughout the season, having scored 41 goals in 14 games so far in the 2022/23 ISL season. However, in their most recent game, Mumbai City FC’s defensive solidarity and commitment earned them plaudits. Over the last 5 games in the ISL, the Islanders have only conceded 3 goals and their most recent win against ATK Mohun Bagan can be credited to their resolute defence which was backed up by an outstanding performance by their young goalkeeper Phurab Lachenpa.

Speaking about the team’s attitude and defence, charismatic defender and club captain Mourtada Fall, said, “We are a very solid defensive unit. All of us in the squad know how important it is for us to keep clean sheets, something which we are very committed to doing. We are constantly working on our defensive shape as a team with the coaching staff, which has helped us improve defensively game by game. Now you are seeing the results of our training as we all work for each other in defence to make sure we are tough to break down.”

Speaking on the same, Coach Buckingham remarked, “A solid defence will always be a very strong foundation for any team. In games, it’s often about trying to manage the game and a solid defence allows us to do that. In the last 14 games, we’ve talked about how we want to play with the ball but what we do without the ball and out of possession, how we work cohesively covering space, how we sit in as a defensive unit is very important to be successful and to build this club. So, I’m very happy with how we have gone about in doing so and it will be very important going forward for the final six games of the season”

Buckingham went on to say, “You can only control so much. Sometimes you know you can do everything you want to do as and as well as you can, but sometimes football could be quite cruel. You know an opportunity for the opposition may cost the result. But it’s been a lot of hard work behind the scenes. It’s been about trying to set some standards around how we want to do what we do, and it’s in the players holding each other accountable to those behaviours and driving each other daily in training. So, it’s been that and that’s been a consistent thing now for the 15 or 16 months I’ve been here. So, we need to continue getting better at it. There’s a lot more work we need to do. But again, if we can just keep trying to add components to our game, and although defensively there’s a long way to go, I think we have added to how we defend, especially over the last few games and I’m very happy with where we are right now.”

Buckingham signed off by talking about Phurba Lachenpa who has grown by leaps and bounds through the course of the 2022/23 ISL season, “For Phurba this is this sort of a breakout season I suppose he’s been involved in the ISL for a long time. The first appearance he made was in the penalty shootout win when the club went on to win the double, but he’s been very patient and he’s worked with a good goalkeeping group and good goalkeeping coaches. When he’s got his opportunity, he takes it and it’s the same as all the other players. If you perform, you stay in and he’s pushed on a daily basis by Nawaz, Bhaskar and young Ahan who were brought in. If he can keep performing the way he is, he can fulfil his potential. I think he’s made saves in the last couple of games when the score has been 0-0, and we’ve gone on to maybe win by three goals, four goals but it doesn’t get talked about that much. If we want to be successful this year, it’s important that he continues to do that.”

Mumbai City FC are set to welcome NorthEast United FC to the Mumbai Football Arena for their next game in the ISL on the 18th January 2023, the game will kick-off at 7.30pm IST.