7 football superstars who have visited India 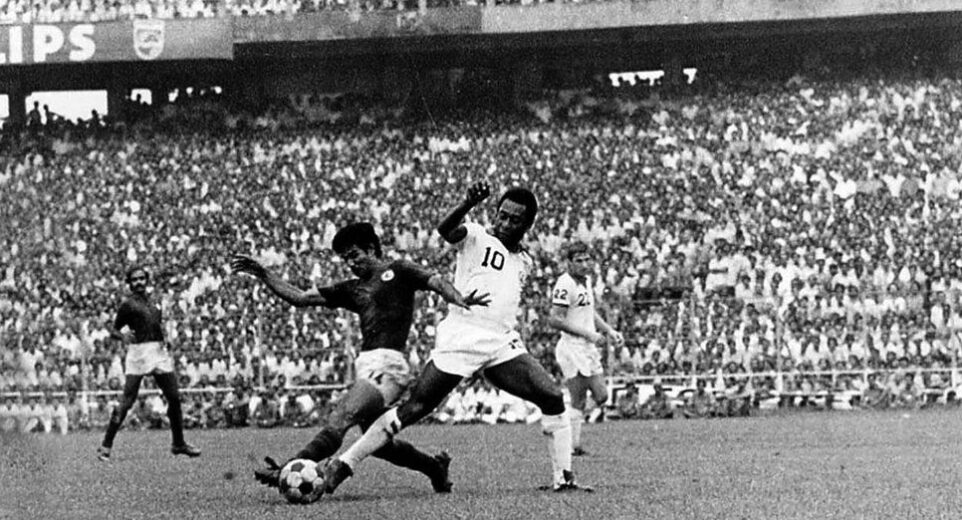 There is no denying that India is the Asian capital of cricket. But even with cricket dominating the Asian giant, enthusiasm for football has been steadily sprouting over the years.

Of course, the growing affection in India has been aided by some of the biggest stars in football visiting India. But who are such big names?

David Beckham is famous for his exceptional soccer abilities, good looks, and fashion sense. The tricky winger is one of Britain’s finest players, and his achievements speak for themselves.

Beckham was in India in 2011 as a UNICEF Goodwill ambassador. He toured the country for seven days, doing ambassadorial duties. Aside from his visit, Beckham has pledged support to Indian soccer many times and mentioned that he’d do anything he can to help the sport in the country.

Beckham also confessed to an online chatroom in 2020 that he’d like to re-visit India. He mentioned that the delicacies and the type of people in India are reasons he would love to visit the country. Therefore, seeing David in India anytime soon won’t be too surprising.

He was a very versatile attacker who had excellent playmaking abilities. He had active ties with India and visited the country twice. The first was when he played an exhibition match in the country in September 1977.

Pele was a special guest of honor when he re-visited the country in 2015 for a three-day tour.

He was given a hero welcome by the entire country and met Indian dignitaries. One of the people he met was former Indian Cricketer Sourav Ganguly and Sanjiv Goeta.

Pele attended the U-17 Subroto Cup’s final at the Ambedkar Stadium in New Delhi. Unfortunately, Pele died on 29th December 2022.

Another soccer star who’s visited India is Argentinas Diego Maradona. He’s famously known for scoring the “Hand of God” and the “Goal of the Century.”

However, Diego’s soccer achievements supersede these two goals, and he’s the joint-top winner of the Player Of The 20th Century alongside Pele.

“El Pibe De Oro” visited India twice, in 2008 and 2017. His first visit was for an exhibition match, and he received a King’s welcome. Indian soccer fans went wild at seeing the great Diego Maradona play soccer on their home soil.

It was the period that clearly defined the cult followership that Diego Maradona had in India.

His second visit was even more iconic than the first. He played a friendly match and watched a 12-foot Bronze statue of himself unveiled.

Maradona also did charity work in the country before bidding India goodbye for the last time.

Oliver Khan is one of the best-ever goalkeepers in soccer. He had a commanding presence, an aggressive style, and cat-like reflexes, which made him save many great shots.

Oliver won eight German Bundesliga, six DFB Pokal, and one UEFA Champions League, among other trophies. He’s the only goalkeeper in soccer history to have ever won FIFA World Cup Golden Ball.

Oliver Khan’s visit to India is one of the most iconic moments of his life. After a career spanning 20 years and 600 appearances, he decided to play his farewell match on Indian soil.

It was a match between Bundesliga Giants, Bayern Munchen, and Indian side; Mohun Bagan.

More than 120,000 people attended the game at the Salt Lake Stadium in 2008 to watch the goalkeeping superstar. It’s safe to say Olivier would re-live the moment just like most Indian fans at the stadium that day.

Lionel Messi needs no introduction to any modern soccer fan. The Argentine is unarguably one of the greatest players that soccer has ever seen.

His incredible dribbling, passing, and finishing abilities have birthed more than 700 goals and 300 assists.

Messi has won over 40 trophies, including the FIFA World Cup. He’s also won the Ballon D’or and the Best FIFA Men’s Player seven times, among other individual titles.

Although his trophy cabinet hadn’t been so stacked when he visited India in 2011, he’s just won his third UEFA Champions League crown and his third FIFA Ballon d’Or.

The purpose of Messi’s trip to India was to play an international friendly match against Venezuela in the Indian city of Kolkata. Messi’s many fans in the city were thrilled, and the venue was sold out, with thousands of fans missing out.

He played the match and assisted the only goal of a game that would remain memorable to Indians.

Zinedine Zidane is widely known as one of the best midfielders of his generation. The French midfielder scored two goals in the final as his country thrashed Brazil to win the 1998 FIFA World Cup.

He’s won the FIFA Player of the year twice and the Ballon D’or once. What many fans don’t know about this man is that he’s visited India twice.

Thomas Muller is another soccer superstar to have visited India. He’s been to India twice for soccer purposes. Muller’s first trip to the club was as a youngster in 2009, as part of Bayern Munchen’s reserve team.

His last visit to the country was when he was part of the Bayern Munchen senior team tour.

Muller has always been a supporter of Indian Cricket and has likened Germany’s love for soccer to India’s love for cricket. The FIFA World Cup winner tweeted to support the Indian Cricket Team and Captain Virat Kholi at the Cricket World Cup in 2019 while wearing an Indian jersey.

India has millions of soccer fans that follow up the game diligently, and the country is a top destination for soccer players.

Many of the game’s top players have visited the country at least once, with Pele and Maradona having both gone to India on multiple occasions. That said, these are seven soccer stars to have visited India.