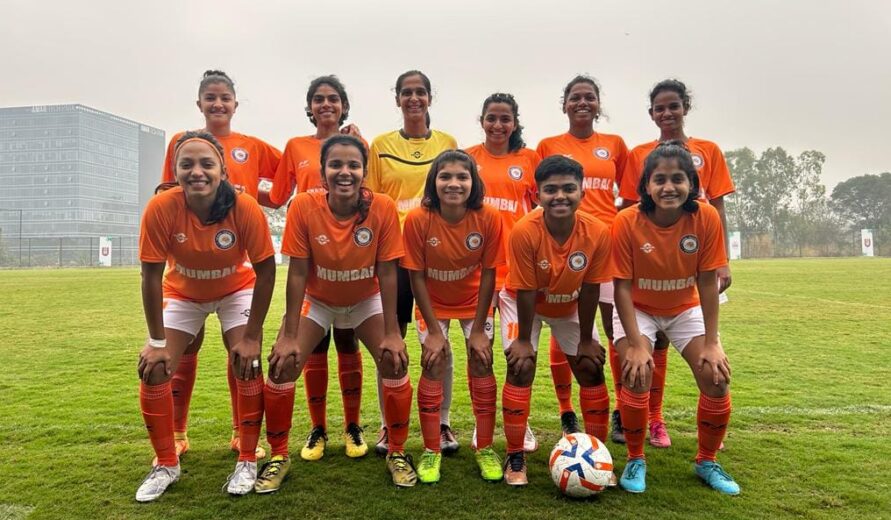 The Mumbai team has had a strong showing in the Football competition at the Maharashtra Olympic Games, with victories in both the Girls’ and Men’s competitions.

The Girls’ Football competition at the Maharashtra Olympic Games has seen some exciting matches in the past few days. In the opening game, a dominant Mumbai team defeated Buldhana 5-0, with Harshika Jain scoring two goals and Bhumika Mane and Captain Karen Pais each adding one.

In a historic achievement, the Palghar girls’ team reached the semifinals of the tournament for the first time ever after defeating Nagpur 4-0. Aastha Thandel scored a brace, while Tanvi Patil and Komal Kamble each contributed a goal.

In the Men’s competition, Mumbai defeated Solapur 3-1 to qualify for the semifinals, with goals from Gautam Virwani, Shameer Swami, and Arfat Ansari. Pune also easily defeated Aurangabad 6-0, with Satish Hawaldhar scoring a hat trick and Suddesh M, Shrikant Molangiri, and Harsh Uttekar each adding one goal.

Today’s Men’s competition will feature Mumbai taking on Pune in the 1st semifinal while Nagpur will take on Kolhapur in the second semifinal. Overall, it has been a thrilling start to the Football competition at the Maharashtra Olympic