India U-20 Women to commence training camp in Chennai 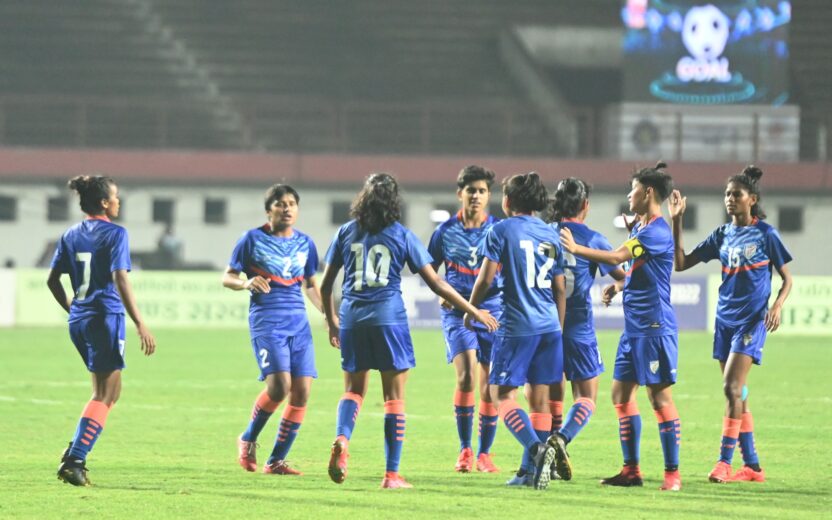 NEW DELHI: Newly appointed India U-20 Women’s National Team head coach Maymol Rocky has called up a total of 35 players for a training camp in Chennai.

The team will be preparing for the SAFF U-20 Championship and the AFC U-20 Women’s Asian Cup Qualifiers, which will be held in February and March, respectively. The training camp gets underway from Monday, January 9 onwards, and will take place at the Home Games Sports Arena in Chennai.

“These are crucial times for the India U-20 girls. They have just graduated from the U-17 to the U-20 level, and are on the brink of senior football. Some of them have already played for the senior team,” said Maymol Rocky, who will also be joined by Senior Women’s Team head coach Thomas Dennerby for a brief period while during the camp.

“We intend to use that mixture of experience and enthusiasm to build this squad and do well at the SAFF and the Asian levels. We are also getting approximately a month to train these girls and narrow down on the core squad, which will really help them prepare for the upcoming challenges,” said Maymol.

Maymol, a former India defender herself, was previously the head coach of the Senior Women’s Team, and now returns to the National Team fold after a brief hiatus.

“On a personal note, it’s great to be coaching in the National Teams once again. It’s always an honour to have the India crest at heart,” she said.