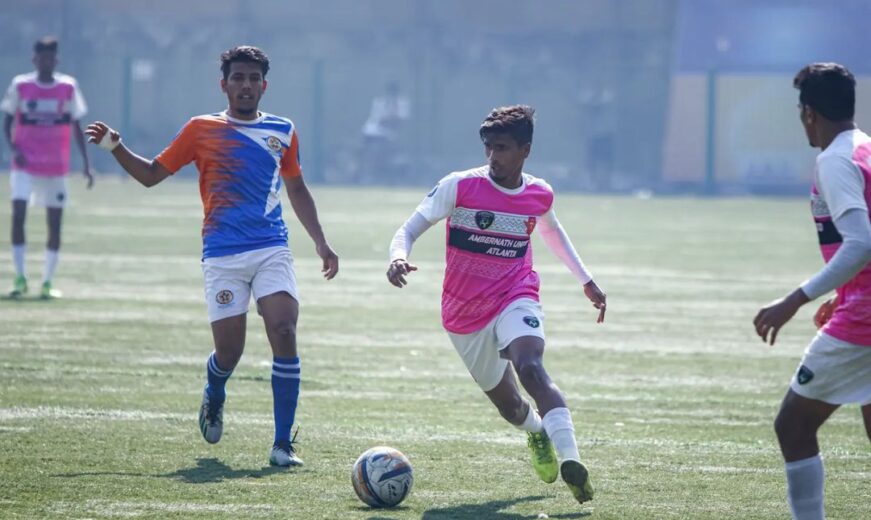 The MFA Elite Division continued to heat up this week with a series of exciting matches that featured plenty of goals and drama.

In match 60, Atlanta FC dominated the match and secured a 7-0 victory. Arif Shaikh opened the scoring in the 9th minute, and Himanshu Patil doubled the lead in the 22nd minute. In the 2nd half, Atlanta Coach Steven Dias made 3 early substitutions to bring in fresh legs as Atlanta went full attack. The substitutes made an immediate impact, as Nishant Shetty and Tanmay Dayanad added to the tally. Abhijit Tawhare scored two goals in the 70th and 89th minutes. In the 87th minute, Arif Shaikh completed his brace as Atlanta went away with a 7-0 win.

In Match 60, Karnatak Sporting Association took on DK Pharma. DK Pharma suffered their second loss of the campaign, which is a huge dent to staying in the top 3 runs. Pratham Ghatnur scored a brilliant first-half hat-trick in the 21st, 34th, and 45th minutes. Two penalties for KSA in the early second half from Sanchit Singh in the 48th minute and Mohammed Zaid in the 72nd minute helped make it a 5-0 lead. Eugene Nimako pulled one back for DK Pharma, but KSA made it 6-1 after substitute Aashish Lalge scored late goal.

In Match 61, GMSC took on Mumbai Knights (JMJ). The first-half goals from Mumbai Knights helped register a win with goals from Vinodkumar Pandey in the 19th minute, Shailesh Jadhav in the 32nd minute, and Saurabh Nikam in the 37th minute. In the second half, substitute Sudhakar Ranjan helped pull one back for GMSC with a late goal via a penalty in the 83rd minute, but it was not enough to secure a point for GMSC as Mumbai Knights secured a 3-1 victory.

The final match of the week saw Iron Born edge Mumbai Striker SC with a lone goal from Rahul Majhi in the 2nd half. The win helped Iron Born jump 3 places to the 11th spot in the league table.

Overall, it was another exciting week of matches in the MFA Elite Division, with plenty of goals, drama and action on display. The league table continues to shift as teams fight for a spot in the top 3.