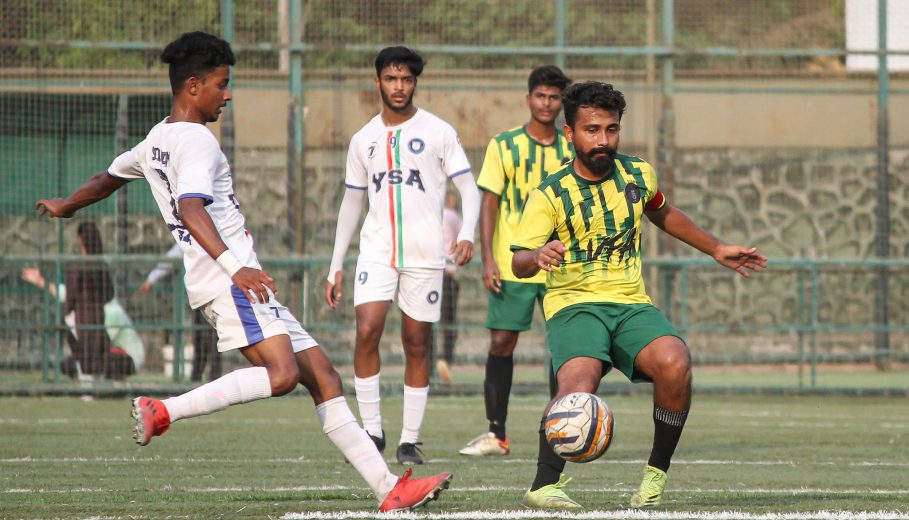 Two goals in the first half-hour of the game were enough as Bandra-based Youth Soccer Academy defeated Vipul Gorai FC 2-0 to lift the title.

In an end-to-end game between the two sides, chances came at both ends but neither side managed to break the deadlock until the 25th minute. A foul inside the box was spotted correctly by the referee as he awarded YSA the Penalty. Aayan Desai stepped up on the spot-kick and made no mistake as his shot beat the keeper to find the net.

The goal help build YSA’s confidence as they started moving the ball better and soon the second goal came in for them. Around the half-hour mark, YSA were awarded a free-kick which Vipul Gorai defence failed to clear away properly, the ball fell to an unmarked Aniket Kanojiya whose bullet of a shot beat everyone to find the net.

With a comfortable 2-0 lead, YSA were happy to sit back and defend with regular forays into the attack as Vipul Gorai FC looked to come back in the game. However, there were no more goals as the game ended 2-0 with YSA clinching the title.

Meanwhile, in the third-place play-off game, Don Bosco Oratory beat India on Track by 2-1 finishing the league in the third place.

After a goalless opening 30 minutes, Don Bosco increased the intensity of the attack were soon rewarded with two quickfire goals. Alex opened the scoring in the 35th minute before Nasir Shaikh doubled the lead three minutes later.

In the second half, India on track did try and attempt a comeback. Joyson Chettiar scored in the 48th minute to reduce the deficit. However, despite the continuous pressure till the final whistle, India on Track failed to break Don Bosco Oratory defense as the latter held on to the win to seal third place.