We represent the girl child who has been deprived, Blue Tigresses say in unison 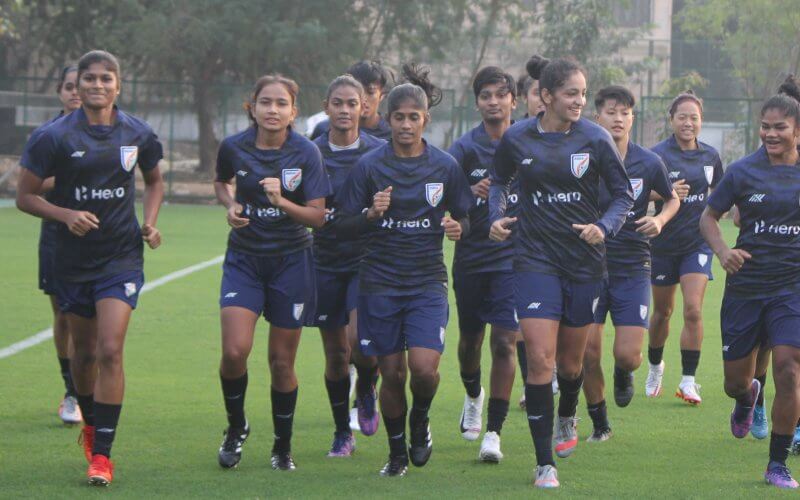 MUMBAI: The AFC Women’s Asian Cup India 2020 is no more around the corner. It is here!

The Blue Tigresses are brimming with excitement, but are also cautious about their three opponents on Group A – IR Iran, Chinese Taipei, and China PR – who stand in their way to the quarterfinals; should they progress past the Group Stage and into the quarters, they will get a shot at qualifying for the FIFA Women’s World Cup Australia 2023.

“I’ve been playing for well over a decade, and I never really thought over all this time that we would be this close to something which is a lifelong dream for any footballer anywhere in the world. But as they say, if you don’t work for it, your dreams remain mere dreams. We have to give our heart and soul on the pitch, and we are mentally prepared to do so,” said a determined captain Ashalata Devi.

The central defender has had to overcome perceptions during her initial days that women should not play football and believes that there is no greater proof against such perceptions than the Blue Tigresses shining in the Asian Cup.

“Would I have thought about an Asian Cup appearance, when I would sneak out of my house to play football with the boys, as a kid? Not in a million years. But that just shows you how much women can do if they put their minds to it,” said Ashalata. “If you truly love something and do it with passion, and an inhumane obsession, it will eventually take you somewhere.” 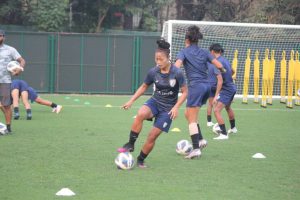 Team India goalkeeper Aditi Chauhan believes that a good run in the Asian Cup has the perfect opportunity to further popularise women’s football in India.

“We stand at a very crucial juncture for Women’s Football or Indian Football. Most of the girls in our team have seen the struggles that every other girl child has to face if they want to take up sports as kids. I can assure you, we represent every one of them on this stage – all of them who may have been deprived,” said Chauhan. “We have girls from every corner of the country, and we fight for every girl from every nook and corner of India. We fight as one.” 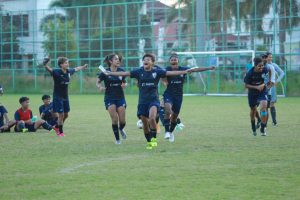 While the Blue Tigresses are fighting for more than just football, the focus will be entirely on the game, once the whistle goes on January 20, at 7.30 PM against IR Iran.

“We use everything to motivate us, but once the whistle goes, it’s just what’s happening on that pitch that matters for us. We know we are fighting for bigger causes, but that won’t be of much use if we are distracted,” said defender Dalima Chhibber.

“Right now, we are all singularly focused on the Iran game, and we want to get a good result out of it. Then we take it from there,” she said.

India will take on IR Iran on January 20, Chinese Taipei on January 23, and China PR on January 26 in Group A of the AFC Women’s Asian Cup, and the matches will be broadcast live on Eurosport and streamed live on Jio TV.

Two world-class Football Pitches Inaugurated at the Center of Excellence in Kharghar
Blue Tigresses back each other, focus to make their sacrifices count