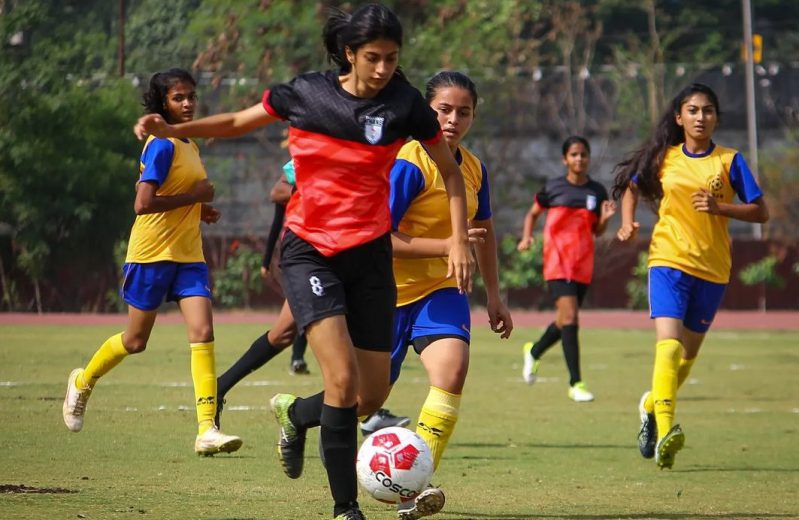 Thane, Wardha, Hingoli, and debutant Ratnagiri kicked off their WIFA Interdistrict U-17 Girls campaign with victories on Thursday, May 12, 2022.

Thane made their dominance count from the opening minutes of the game and went 4-0 up at the end of the first half. Shivani Jaiswal scored consecutive goals in the 7th and 8th minutes of the game. Lavanya tripled her team’s lead in the 9th minute and Eshita Shah scored the fourth goal for her side in the 14th minute.

Eshita scored her second goal in the 22nd minute to give her team a 5-0 lead. Habiba Inamdar scored two consecutive goals in the 24th and 25th minutes respectively. Kajol Saroj scored the eighth goal of the game in the 30th minute. Eshita completed her hat-trick in the 31st minute. Akshara Mishra scored the 10th goal for her team in the 36th minute. Habiba also completed her hat-trick in the 40th minute.

For Wardha, Tinkle Deshmukh opened the scoring in the seventh minute of the match. Krushnai Gawarkar doubled her side’s lead in the 13th minute. Tinkle scored her brace in the 17th minute. At halftime, Wardha had a healthy lead of 3-0 over Aurangabad.

Komal Dhage scored the 4th goal of her team and Krushnai sealed the deal for Wardha with her brace in the 49th minute.

Akola opened the scoring through Anushka in the 20th minute of the game. At the break, Akola entered the tunnel with a slender 1-0 lead.

After the break, Vaishnavi scored the equalizer for Hingoli in the 27th minute. She found the back of the net again in the 43rd minute and won the game for her side.

Ratnagiri had a dream debut as they kicked off their WIFA Interdistrict U-17 Girls Tournament by beating Nagpur. The game ended goalless at the end of regulation time and went onto penalties where Ratnagiri beat Nagpur 5-4 in the penalty shootout.

Nashik & Solapur got a walkover in their respective matches.