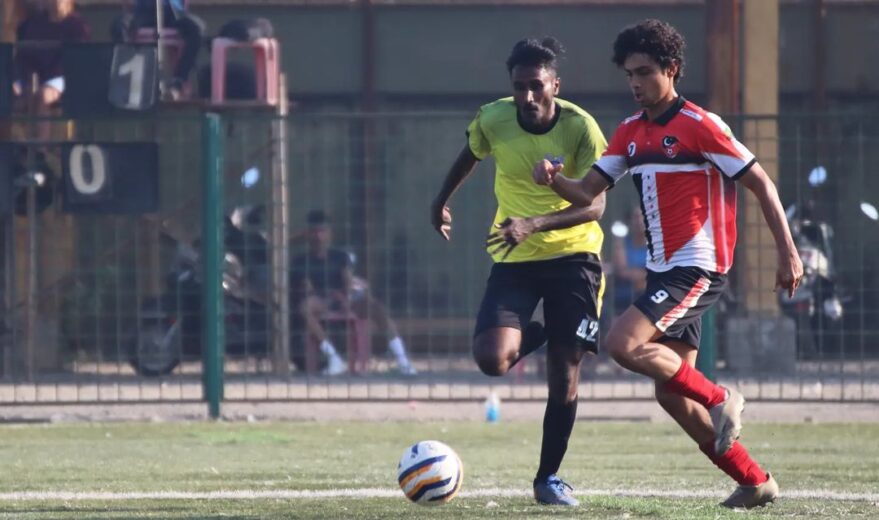 KSA dominated possession in the early stages of the match, and their efforts paid off in the 15th minute when Pragnesh Solanki scored the first goal of the game. However, Millat responded quickly, with Rishon Sam scoring a header past KSA goalkeeper Brodman Dongarkar to equalize.

KSA regained the lead in the 35th minute when Sanchit Singh scored his team’s second goal. Post an intense first half, KSA headed into the tunnel with a tight 2-1 lead.

In the second half, KSA started brightly again and looked in control of the match. In the 64th minute, referee Abhishek Dey awarded a penalty to KSA, which Sanchit Singh converted to give his team a two-goal lead. KSA brought on fresh legs to keep their defense tidy and the game in control for the remainder of the match.

With this win, KSA moved to the top of the league table with 16 points from six games, while Millat dropped to third with 12 points. The final score was Karnatak Sporting Association 3-1 Millat FC.