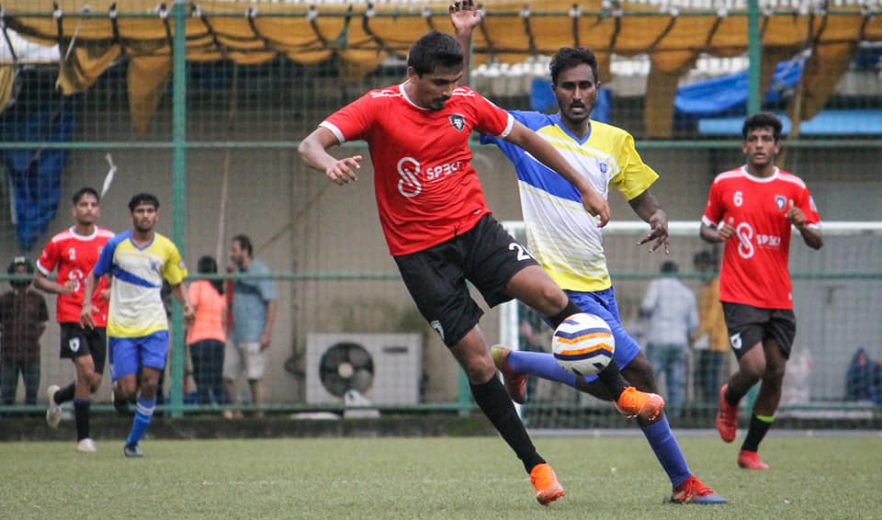 With this win, KSA moves to the third spot in the league table with 5 points from 5 games and with 0 goal difference, overtaking their opponent PIFA Colaba, who are at the 4th spot with the same points but -2 goal difference.

The game began with PIFA going close early after Shamer Swamy found himself in space to shoot but KSA Keeper was alert enough to punch it away. This was followed by another close move from PIFA when Rohit Mirza set up Calvin Barreto with a layoff but the latter’s shot was once again denied by an alert Broadman between the sticks for KSA

KSA then went close to scoring when midway through 1st half a chance went in vain after Sanchit failed to tap in a low cross from Pawan Rawat. A few minutes later, Azad had a shot blocked away by the PIFA defense, the rebound fell for Sanchit who failed to hit the target.

KSA were growing into the game with more and more threatening attempts on the PIFA goal. They were finally rewarded around the hour mark when Asadul played on Zaid Ansari who sent in a teasing cross that Sanchit headed home to break the deadlock.

KSA continued to attack with momentum, a free-kick outside the box was taken by Dion who played wide onto Sanchit. The scorer then sent in a cross inside the box that Azad heads across setting up Jiten whose final shot was cleared by a PIFA defender.

The continuous pressure got to PIFA when the Goalkeeper brought down Pawan Rawat inside the box. The referee had no problem pointing toward the spot-kick.  Johnson D’silva stepped up and scored it past the keeper to double the lead.

In the final fifteen minutes of the game, the attack went back and forth between the teams but no goals came out of it as the match ended at 2-0 in favor of KSA.