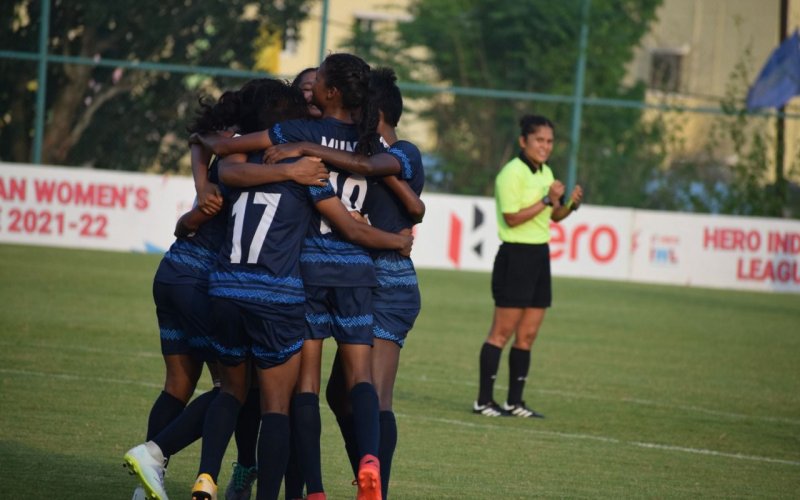 SSB Women were held to a 1-1 draw by Sports Odisha in their Hero Indian Women’s League 2022 clash at the 7th Battalion Ground in Bhubaneswar on Saturday, May 14.

The team from West Bengal was on the attacking foot right from kickoff and found several breakthroughs in the first half. Naorem Sumila Chanu, Sandhya Kachhap and Ngangom Anibala Devi all came close to scoring but failed to convert in the attacking third.

On one occasion in the 29th minute, Sports Odisha almost took a surprise lead in the game. However, Pyari Xaxa’s strike from inside the box was ruled out by the referee for a foul that took place in the build-up.

Eventually, the Sports Odisha defence paved the way and SSB Women took a much-needed lead in the 41st minute. Sandhya Kachhap came in from the right flank and bundled the Sports Odisha goalkeeper to find the back of the net.

Sports Odisha enjoyed more possession of the ball in the second half. In the 87th minute, Pyari Xaxa missed a golden opportunity to pull one back for the local side. The forward failed to place the ball inside an open goal following a mismatch from the SSB Women goalkeeper.

However, she went on to make amends and scored in the 90th minute. Xaxa beat the SSB Women goalkeeper in a one-on-one situation and slotted the ball home to make it 1-1.

The No. 10’s strike came in at a crucial time for Sports Odisha as the referee blew the full-time whistle, resulting in both sides taking home a point each.