PIFA, Mumbai Knights play out goal-less draw as tournament heads into a break 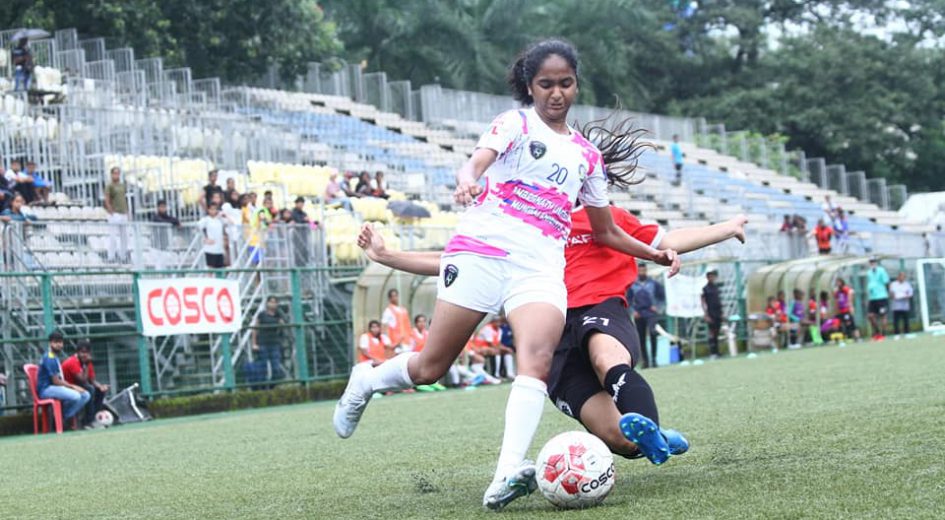 The two league favorites PIFA SC, and Mumbai Knights played out a goalless draw halting one another’s winning streak as the tournament heads into a 12-day break.

Two teams with a taste for scoring goals and yet-to-be-breached defense came face to face in Match 23 of WIFA Women’s League for an enticing Monday morning encounter.

With pragmatism in their approach, both PIFA and Mumbai Knights started out on a slow note throwing caution to the wind. The majority of the early battle was played out in the midfield with both goalkeepers rarely having much to do.

The first big chance of the game came to PIFA after Bhagyashree did well to shake off her marker before laying off for Mamta in space just outside the box. However, the latter’s strike went over the bar. At the other end, Knights went close after Priyanka Sujeesh at the edge of the box, took a lofted cross down with delicate first touch and inside turn. Priyanka then took a cross-angle shot that went whisker off the bar.

Knights had another good chance when Valencia D’mello produced a defense splitting through pass for Priyanka Sujeesh, PIFA SC keeper Payal Basude was alert enough to come off her line to collect the ball as she collided with an onrushing Priyanka.

PIFA responded with a quick attack after Bhagyashree did well to carry the ball deep before laying it for Akanksha Khandalkar whose shot went straight to the diving keeper Babita Nadar’s hand. Mumbai Knights counter-attacked quickly with Ritka Goves dribbling past the PIFA full-back to send in a ball for Priyanka inside the box. Under pressure from a PIFA defender, Priyanka’s shot from a tight angle hit the wrong side of the net. Nearing the end, PIFA had a golden opportunity to take the lead when a defensive error allowed Sasmita to take the ball inside the box however her final shot went wide of the post.

The story in the second half was quite similar, around the hour mark, Knights won a free-kick just outside the box. Priyanka stepped up for the free-kick, her goal-bound shot being deflected away at the far post. Minutes later, a cross from Valencia on the wings was parried away by the keeper before Ritika could reach it at the far post. The game eventually ended goalless as neither side managed to break the deadlock.

As the tournament head into the break, Defending champions PIFA keep the lead with 16 points closely followed by Mumbai Knights with 13 points with the latter having a game in hand.