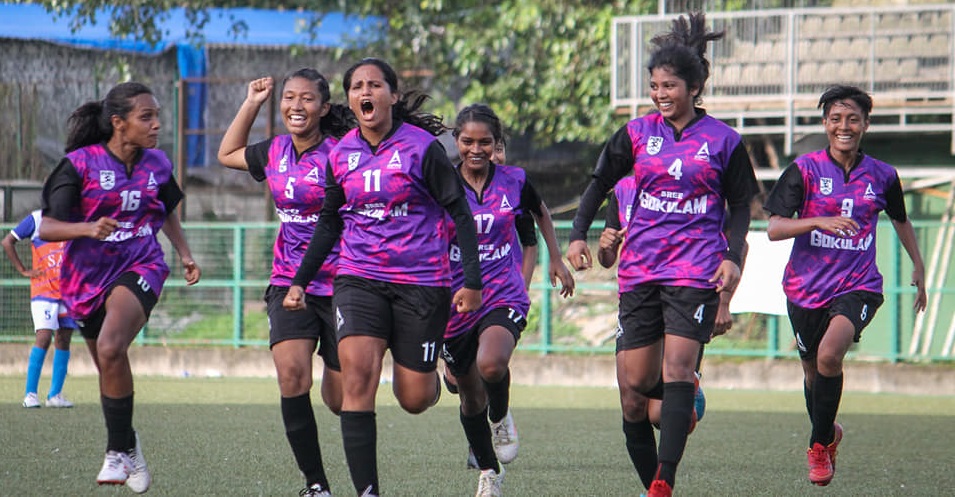 Warriors of Kolhapur SC’ winning run in the competition came to a disappointing halt after a 1-2 loss to Pune-based Aspire FC, while Pune Warriors got the better of FSI in the Sunday encounter of WIFA Women’s Football League

Match 21 of WIFA Women’s League witnessed Pune warriors take on FSI – Navi Mumbai in the afternoon. In the hot and humid afternoon fixture, both sides played out some end-to-end football in search of the opening goal. While FSI are yet to open their points account, Pune Warriors were fresh on the back of a draw and a win in their last two games.

After a slow start, Pune picked the pace quickly with a couple of good attacking moves. In the 12th minute of the game, a defensive mistake allowed Pune to break the deadlock when Sanika Deshpande’s stunning strike was spilled over by the keeper as the ball went into the goal to make it 1-0. FSI had their chances throughout the game but failed to make it count.

Late in the game, Nilisha Sanket managed to double the lead for Puneri Warriors as the match ended with the Pune outfit picking up their 2nd consecutive win.

The evening fixture of the game saw Warriors of Kolhapur SC’s winning run come to an end after Pune’s Aspire FC edged them with a 2-1 win. The game began with end-to-end football as both sides looked for early inroads. In the 16th minute, Aspire won a corner which was swung into the danger area into the Kolhapur box, where Muriel Adams was alert to tap into the net past the keeper to make it 1-0.

In the second half, Aspire began brightly again, around the hour mark, a well-taken free-kick brought out a save from Kolhapur Goal Keeper Arpita Pawar, the ball was quickly cleared away by the defenders but only as far as Aspire forward Vaishnavi Barate. Finding herself in space, Vaishnavi struck a powerful shot from 18 yards that breached the Kolhapur defense to nestle into the net making it 2-1.

Despite some late fightback from the Kolhapur girls, Aspire struck at their defenses resolutely as the game eventually came to an end with the Pune outfit picking all three points.

PIFA ride on Akanksha strike to make it 5 wins in a row
PIFA, Mumbai Knights play out goal-less draw as tournament heads into a break