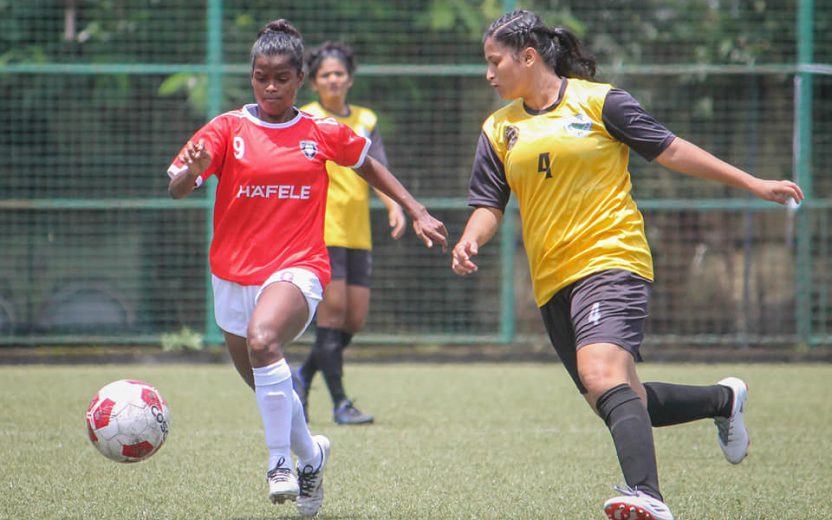 Akanksha Kandolkar’s second-half strike turned out to be the difference between the two sides as PIFA picked up all three points to stay on top of the league table.

Footie- First playing with an all-Mumbai squad, dug deep to bring out a gritty defensive performance keeping the PIFA strike force at bay. Footie-first looked to work on the counter but found it difficult to break the PIFA defense which had been in solid form throughout the season.

At the other end, PIFA looked composed on the ball and created frequent chances in attack although the final shot seemed to have eluded them.

However, late in the second half, a golden chance fell for the defending champions when Footie goalie Priyanka Sutaria, who had a brilliant day between the sticks until that moment, spilled over a ball inside the box. An alert Akanksha Kandolkar latched on to it quickly before finishing it off into the net to put PIFA into the lead. The game saw no more goals as the match ended 1-0 in favor of the defending champions.

The win puts PIFA SC back on to the top with 15 points from five games, three clear of second-placed Mumbai Knights and Kolhapur Warriors, with both clubs having a game in hand.