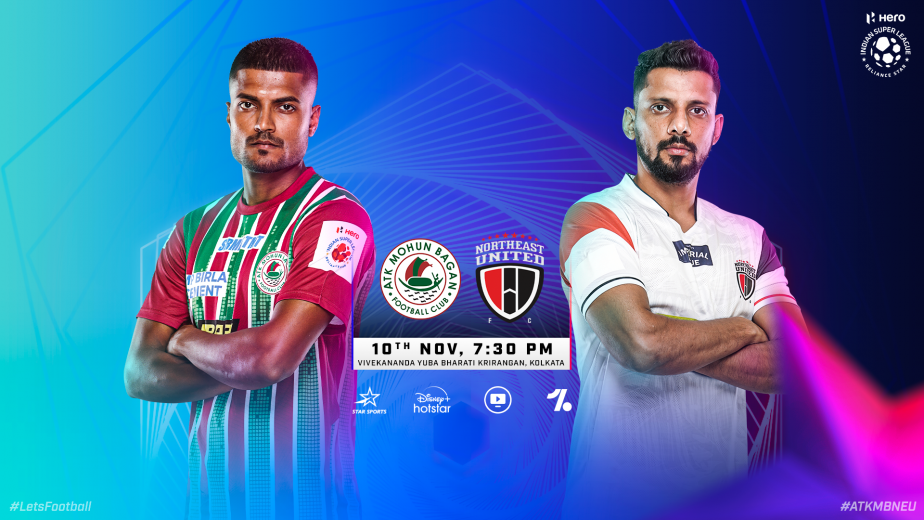 ATK Mohun Bagan will be looking to propel themselves into second place with a win as they host NorthEast United FC in the Hero Indian Super League (ISL) at the Vivekananda Yuba Bharati Krirangan in Kolkata tomorrow.

The Highlanders are still searching for their first win this season while the Mariners have not lost a game after Matchweek 1.

A late goal in an enthralling encounter against Mumbai City secured a point for ATK Mohun Bagan in their last match. The Mariners have been the most prolific team in front of goal this season, scoring ten goals in four games so far, nine of which have come from open play.

Joni Kauko has been robust in the Mariners’ midfield and has the joint-most (11) successful tackles in the league this season. Kauko got on the scoresheet in the last match and also scored when ATKMB faced the Highlanders last season. Striker Dimitri Petratos still sits at the top of the goals and assists charts with three goals and four assists in four games.

“Tomorrow is an important match because we are playing at home. We have had only one or two days to prepare the team because we played on Sunday and then had to travel [from Mumbai to Kolkata],” said Ferrando. “The next three points are very important because we are very close to the top of the table, so tomorrow’s game is very important,” he added.

NorthEast United failed to score in their last match against Kerala Blasters. The Highlanders have not scored in four out of their five games this season. They have conceded the most goals (11) in the Hero ISL this season and scored just one. In the process, they have also become the first team to lose all five opening matches of an ISL season.

After serving his suspension, head coach Marco Balbul will be back in the dugout as he tries to steer clear of equalling the record for the most consecutive Hero ISL defeats. Balbul might stick to his defence-minded 5-3-2 formation in an effort to keep the ATK Mohun Bagan attackers at bay.

“There is no doubt that no one in the club is happy because of the results. It is frustrating. We still believe we can work very hard to change the situation. It is my responsibility to find solutions and make this team better in all areas,” said Balbul. “In most of the games, the lineup was almost consistent. One or two changes were because of injuries. But we need to be more aggressive in defence and composed up front. We have the motivation to go to ATK and make a change in momentum,” he added.

The two sides have faced each other six times. The Mariners have won four times while the Highlanders have just won once. The two also met in the Hero ISL 2020-21 playoff semifinal, when ATK Mohun Bagan knocked NorthEast United out with a 3-2 aggregate win.