MFA Elite League: 10 out of 10 for Ambernath Utd – Atlanta 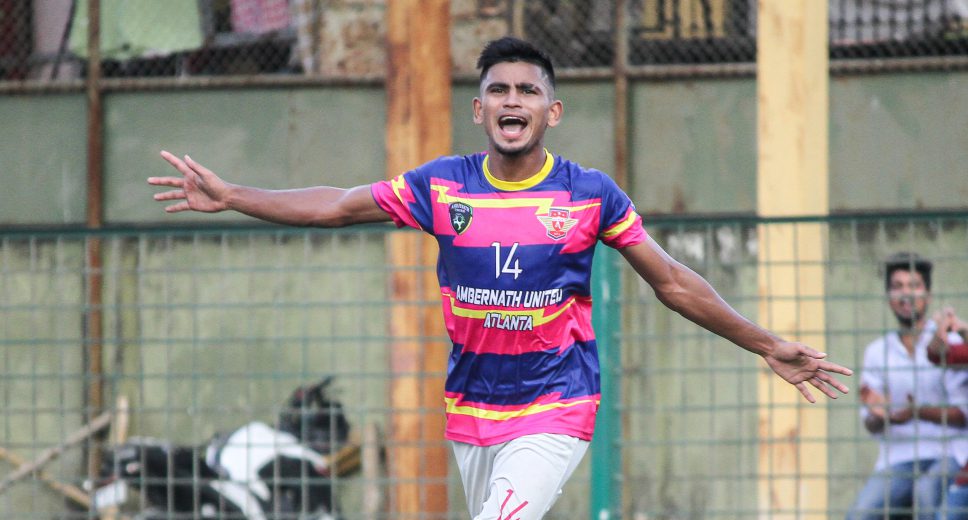 Ambernath Utd – Atlanta FC continues their winning run with another brilliant win as they complete 10 wins in 10 games so far.

Meanwhile, Ambernath Utd – Atlanta continue their winning run with another dominating performance as they beat GMSC 6-2 to consolidate their top spot in the league. In what could be termed a top billing game, GMSC were one of the potential challengers for rampaging Ambernath Utd – Atlanta side. GMSC who had grabbed 21 points in 8 games looked likely to halt the AUA FC juggernaut when they took the lead in just the 11th minute. GMSC’s no 7 on the left-wing sent a low cross behind the AUA FC defense to find an unmarked Sudhakar Ranjan who slotted past the keeper to make it 1-0.

However, Arif Shaikh produced a blistering run of three goals in the space of nine minutes. It began the very next minute after conceding when Kamlesh Nadar sent a brilliant through ball behind the GMSC defense which Arif latched on to before slotting it past the keeper to bring the score level. Three minutes later, AUA FC took the lead when Aaron’s ball found Shravan unmarked, who rounded off the keeper but lost his balance in the process, however, he had managed to lay the ball for Arif who slotted home his second. In the 21st minute, Aaron on the right flank sent in a teasing cross inside the box, which Arif slotted home to complete his second hat-trick of the season.

The three goals dented GMSC’s confidence big time as around the half-hour mark, Alister Anthony latched onto a deflected ball before smashing home his 16th of the season. Soon Shravan Shetty joined the fun as he scored the fifth for his team in the 43rd minute. The first half ended at 5-1 with Ambernath United Atlanta looking full in control.

In the second half things settled down a bit as GMSC came out with a better defensive setup. However midway through the half, Alister Anthony added another to his name to complete half a dozen for his side. Deep in the injury time, GMSC won a penalty that Rohan Shukla stepped up to pull one back but it was late by then for any kind of comeback as the game ended 6-2.