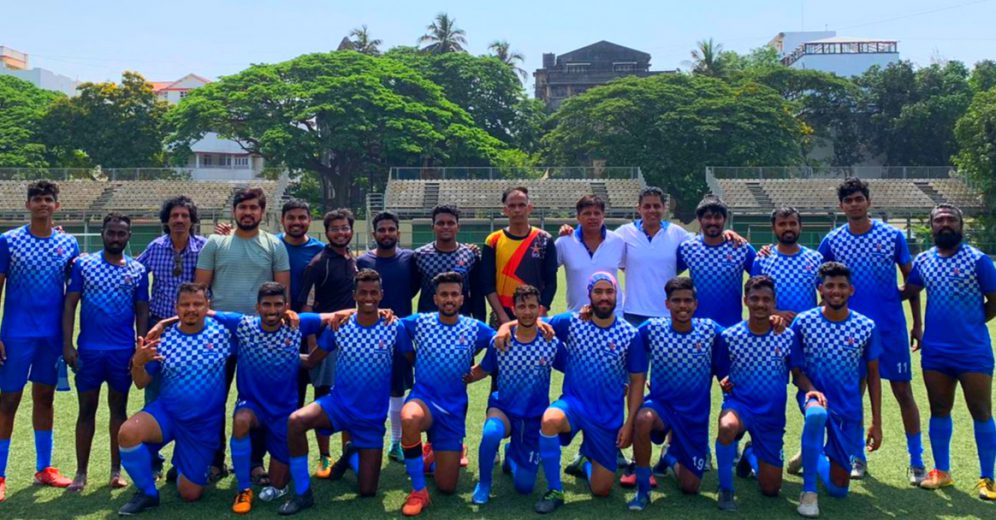 In a brilliant end-to-end game, Bank of India dug deep to pick a late come from behind victory against RBI on Tuesday’s MFA Elite Corporate League encounter.

Troy Nunes had put the RBI side in lead early in the game when beat his marker to find the net in the 13th minute. In search of an equalizer, BOI would put men forward, however, this would put their backline often under pressure. However, some solid defending would ensure the Bank of India kept the RBI attack at bay.

Veteran Goalkeeper Sanjeev Verma rolled back the years as he produced some top dollar saves throughout the game including some crucial one-on-one chances to keep his side in the match.

Late in the game, RBI finally paid for their profligacy, and Bank of India were rewarded for their determination when in the 83rd minute, Kewal found himself in the space before sending a cross for Jagdish M who headed the ball past the RBI keeper to put the scores on level terms.

Ten minutes later, deep into the injury time, Quainn D’souza made an amazing run from 30 yards out to into box before unleashing a fierce shot beating the RBI keeper to make it 2-1 as BOI completed a brilliant come from behind win

Speaking about the exceptional win, Goalkeeper Sanjeev Verma shared his thought with us, “We were really holding the momentum and looking to score an equalizer, and eventually when we got it at the right time the players were all charged up to go and find the winner and we did that too. It’s just about not losing hope and keep looking for an opportunity”