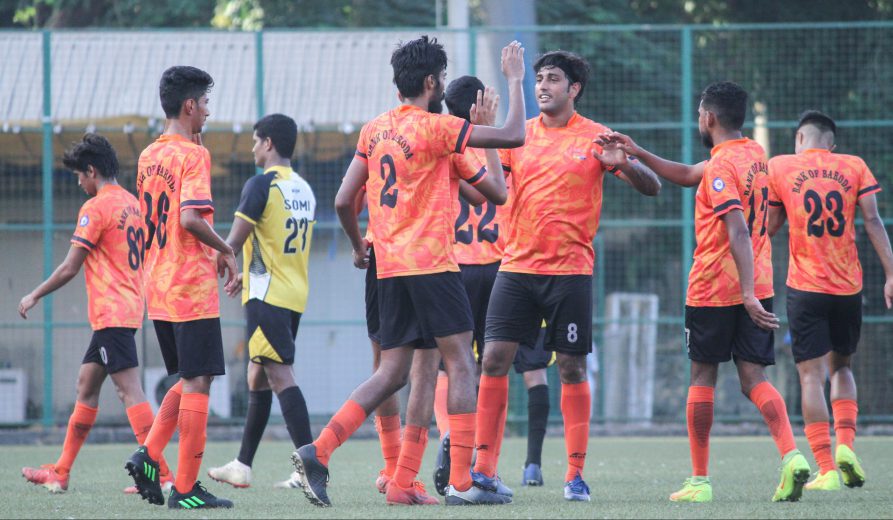 In a dominating performance, Bank of Baroda started out brightly right from the word go. After warding off an early blitz of attack from the BOB forwards, Western Railway finally succumbed in the 39th minute when Rakshit Pillai’s strike found the back of the net to make it 1-0.

A few minutes later in the 42nd minute, BOB doubled their lead when a low cross from the right flank beat the Western Railway backline to find Denzil Mascarenhas in the box who tapped in past the keeper to make it 2-0. At the other end, WR rarely managed attacking forays but when they did BOB defense were on their mark to deny them. Both sides entered the break with BOB ahead by 2 goals.

The story in the second half continued the first one in the same format, Bank of Baroda continued their dominance in attack, troubling the WR defense quite frequently. In the 56th minute, a foul inside the WR box meant the referee pointed to the spot and Caetano Fernandes stepped up to send the keeper the wrong way and make it 3-0 for his team.

Despite the three-goal lead, BOB continued to attack at the same pace and were guilty of not adding to their tally courtesy of some solid defending by WR, coupled with profligacy in the final third by BOB. However, deep into the final moments of the game, Super-sub Katib Mohammed fired home a fourth of the game after latching on to a cross from the right flank. The game soon ended 4-0 in favor of Bank of Baroda