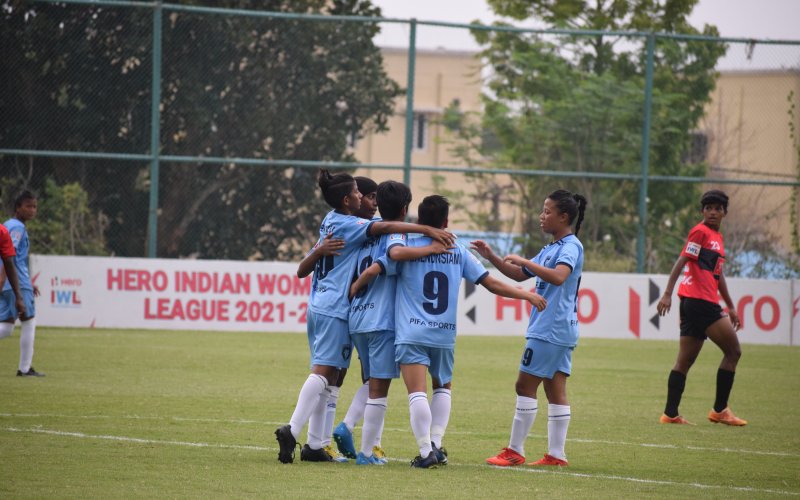 PIFA earned their second win in the Hero Indian Women’s League as they walked away with an emphatic 1-3 victory against Mata Rukmani today at the 7th Battalion Ground.

The game started off well with both sides creating chances but it remained goalless in the first quarter of the game. The deadlock was broken by PIFA when Karen converted from the spot-kick in the 25th minute.

Thereafter in the 35th minute, Priyanka pulled one back for Mata Rukmani to balance the scoresheet. She came up with a wonderful run in the middle creating a chance for Ripika inside the box but the PIFA custodian saved it initially. But Priyanka got the rebound and did no mistake to volley it inside.

Going into the lemon break it remained all squares as both sides missed chances to increase their lead.

After the breather, PIFA seemed quite sharp as they got hold of the momentum. Just near the hour mark PIFA skipper Karen doubled the lead and made it a brace for herself.

In the 61st minute, PIFA found the net once again when Lalnunsiami scored from a screamer inside the box to make it 1-3.

After this win PIFA stands 7th in the league table with 7 points from 6 matches. On the other hand, Mata Rukmani goes down to 10th after two consecutive losses.