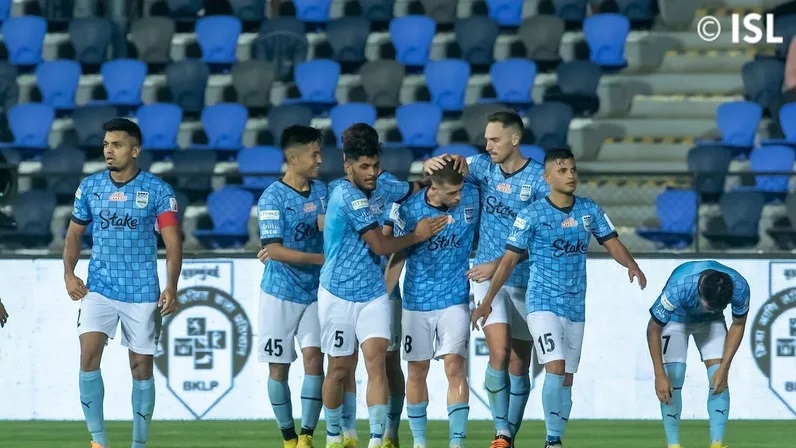 Mumbai City FC notched a 2-0 win over Odisha FC in a tightly contested affair in the Hero Indian Super League (ISL) at the Mumbai Football Arena in Mumbai. A Shubam Sarangi own goal and a 94th-minute Bipin Singh strike were enough to secure all three points for the Islanders.

In a lacklustre first half, neither side posed a threat in the opposition’s penalty area. Both defences were alert to mop up the loose balls but it was the inability of players to find the decisive pass as well as the failure to apply the final touch that kept this game goalless at the midway point.

On the left flank, Bipin Singh had the Odisha FC defence worried in the opening stages of the game. In the sixth minute, Bipin’s low cross flashed across the face of goal as none of the Mumbai City attackers could tap it in. Sahil Panwar swung in a threatening ball towards the far post from a corner in the 14th minute before it was palmed away by Phurba Lachenpa.

The first shot on target came seven minutes from half-time when Nandhakumar Sekar cut in from the left flank and fired a tame effort towards the goal. It was comfortably collected by the keeper. In the 44th minute, Diego Mauricio burst into life as he sprinted past two Mumbai City players before getting a shot away. The Brazilian’s effort was off target.

Five minutes into the second half, the deadlock was broken as the Islanders took the lead courtesy of an own goal. Lallianzuala Chhangte was found on the right flank by Ahmed Jahouh. Chhangte unleashed a shot on target after a quick exchange with Greg Stewart. Amrinder Singh saved the effort with his foot but the ball hit defender Shubham Sarangi and rolled into the goal.

Nearing the hour-mark, Mauricio found space in the Islander’s box to get a shot away. The fierce strike was saved by Lachenpa. In the 72nd minute, Mauricio went down in the box, under pressure from Stewart. Appeals for a penalty were in vain as the referee only awarded a goal kick.

In the 82nd minute, Amrinder denied Stewart with an outstanding save. The Scottish striker received the ball from the left flank and struck a low shot at goal. Amrinder’s quick reflexes were enough to keep the ball out.

In the last action of the game, Mumbai City FC probed forward towards a scattered Odisha defence. Stewart unselfishly passed the ball to Bipin who smashed the ball past Amrinder to score his 15th league goal for the club with the last kick of the game.

The Islanders, next play hosts to the Hero ISL 2021-22 Shield winners Jamshedpur FC on 22nd October, Saturday. The Juggernauts return to the east coast to host Kerala Blasters on 23rd October, Sunday.

Also Read: Edu Bedia: We played for the win till the final whistle