Edu Bedia: We played for the win till the final whistle 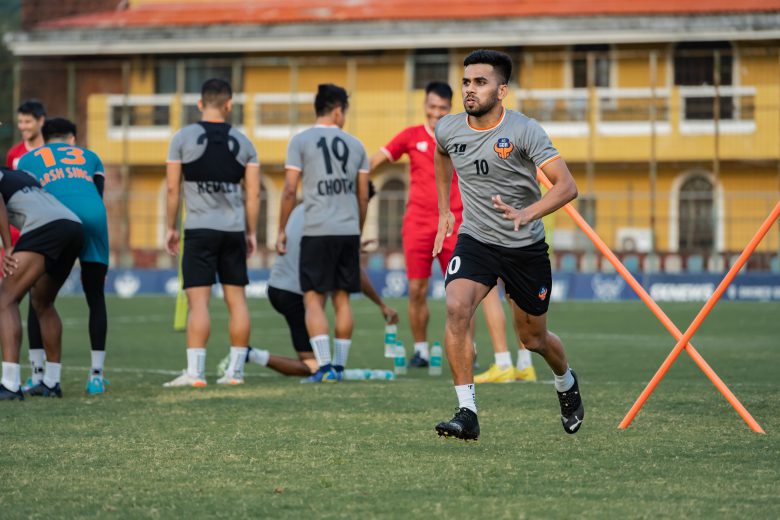 Goa, October 13, 2022: The first chapter in Carlos Pena era at FC Goa saw the Gaurs start off with a bang, was followed by a lesson in humility and ended in utter delirium courtesy of a winner at the death. In his first match as Club captain, Brandon Fernandes made his mark early on with a goal within the opening 10 minutes whilst Edu Bedia scripted the final touches of the victory over hosts East Bengal FC at Kolkata with his last-minute winner.

Brandon’s goal in the seventh minute not only showcased his individual brilliance but was also a glimpse into the potential of how good the FC Goa attack can be in the days to come.

“It was indeed a special goal, and playing in front of fans made it all the more special. But beyond all this, I want to commend the team’s efforts. We fought hard and got what we deserved,” he said to fcgoa.in after the match.

“Now, we have to build on this good start. Everybody is working to the best of their abilities, to get better and stronger with each day.”

The other star of the night, Edu Bedia, was also quite ecstatic with the result with his 11th goal in the ISL helping the Gaurs win three crucial points to start the campaign.

“Today’s goal, just like the one in the Durand Cup final, gave us an important win as well, and ultimately that’s what matters the most,” the Spaniard stated following the game.

“The match was tough – but that’s always the case with season openers. There was slight nervousness within the team, but in the end, we saw a lot of positives too. We held on, played for the win till the final whistle and backed each other during tough phases. It’s always very important to start off well. Last season, the three defeats to start the campaign took the winds out of our sail. We knew how important getting the win was.”

FC Goa’s win in the season opener also meant a winning start to Carlos Pena’s tenure as the Club’s head coach. The former Goa stalwart, though, kept the praises reserved for his players.

“In the first half, we started with a great personality. We tried to control the game with the ball, by playing in the opposition’s half and creating chances. We suffered a bit in the second period, lost some balls and East Bengal started creating problems. But during the closing stages, we started passing forward and were playing in their half.

“The players who came off the bench made a lot of passes as well, and added strength. We finally got the gift we wanted through Edu’s goal.”

With FC Goa starting their first three games away from home comforts, the Spaniard sounded out his feelings about returning to Fatorda and playing in front of the Gaurs’ faithful.

“We will reunite with them soon, at Fatorda. We have two more away games prior to that, and we’re trying to get the most points so that we can arrive for the first home game at the Fatorda with the best feeling and the best position in the table. We feel their support when we’re playing both home and away, and this victory, these three points are for them,” he signed off.