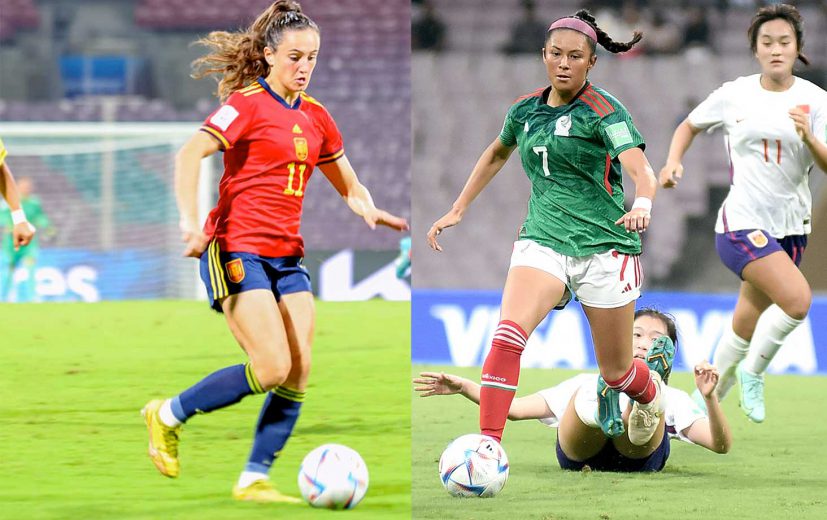 The FIFA U-17 Women’s World Cup India 2022™ is set to see a repeat of last edition’s final as Spain takes on Mexico in Navi Mumbai on Saturday, 15th October, at 8 PM IST and a large crowd is expected to turn up for what promises to be a marquee clash at the DY Patil Stadium.

Defending champions Spain began their campaign with a victory against Colombia following a late strike by substitute Jone Amezaga. Meanwhile, Mexico started off with a reversal against China PR, who won 2-1 in the early kick off on matchday 1 at Navi Mumbai.

The runners-up from Uruguay met China for the second time in this competition’s history. Having won 4-0 in the previous encounter, Mexico could only manage a stoppage time consolation in their opening fixture. In fact, the Mexican team began the game brightly and were creating chances courtesy of the brilliance of their captain Alice Soto. They could even have grabbed the lead after VAR intervened to award them a penalty which Maribel Flores hit against the bar.

Mexico’s next opponents also had a VAR intervention and it was to chalk off a goal scored by Paula Partido. The Spanish team had found the back of the net in the second half but the goal was ruled out after VAR detected a foul in the build-up.

The only goal of the game was scored in the 85th minute when Sana Ortega’s long ball set Amezega up down the right-hand side who, following a dart towards goal, cut inside and slotted home with her left foot.

Spain will now seek to strengthen their claim for a knockout spot even as Mexico eyes revenge from the game which saw them finish with silver medal instead of silverware in Montevideo. Alice Soto will be key to the Mexican charge once again as the number 10 was present all over the pitch, drifting into space and taking shots on goal. It was from her left-footed long ranger that Mexico won their VAR penalty. Despite not scoring, Spain will have to find a way to control her movement in order to take control of the game.

Spain’s number 10 was equally impressive in their opening game. Carla Camacho, who started in the number 9 position, caused the Colombian defence plenty of problems with her movement and was unlucky not to score. She had an effort cleared off the line and on a couple of occasions had the ball taken off her by a teammate.

In this battle of the two number 10s, the expected capacity crowd is likely to be the definite winner.

Edu Bedia: We played for the win till the final whistle
Islanders seal season’s first win in cagey affair with Odisha FC