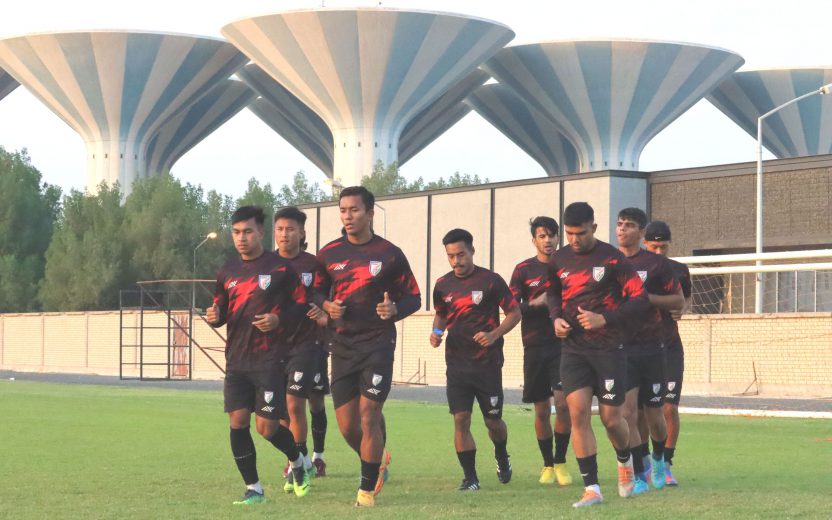 KUWAIT CITY, KUWAIT: The India U-20 Men’s National Team will be looking to register their first points against hosts Kuwait in their last match of the AFC U-20 Asian Cup Qualifiers Uzbekistan 2023 at the Ali Sabah Al-Salem Stadium in Kuwait City on Tuesday, October 18, 2022.

India, who have been drawn in Group H, went down fighting 2-4 and 1-4 in their first two matches against Iraq and Australia, respectively. After Iraq beat hosts Kuwait 2-0 on Monday night, India have been mathematically ruled out of the qualification scenario for the tournament proper, as they will go for one last hurrah against the hosts.

“Like every other game, Kuwait will be a crucial match for us. The boys have played very well so far, and I want them to go out with a win. They deserve that,” said head coach Shanmugam Venkatesh.

“We will go with a positive mindset and we want to get the win that we deserve against Kuwait. We will go with strong energy and try to win the last game.”

The head coach commended the players on their performance against teams like Iraq and Australia, and felt that with more exposure, the Indian team could far much better.

“I am so proud of my boys. As I mentioned earlier, they have done exceedingly well against one of the best teams in Asia. I don’t want to sound like I’m giving any excuses, but with the kind of preparation we had, without any international exposure, the boys have done very well. The way they have fought together on the pitch is just brilliant. That experience counts,” said Venkatesh.

“It’s something we have seen before as well, with Indian age group and Women’s Teams, and I’ve also seen during my own playing days. With the level of exposure they got, it armed them with the necessary tools to comfortably play against good Asian sides,” said Venkatesh.

India’s match against Kuwait will kick-off at 10 PM IST on Tuesday, October 18, 2022, and it will be streamed live on the Indian Football Team Facebook page.