Carlos Pena: Loss of focus at times cost us 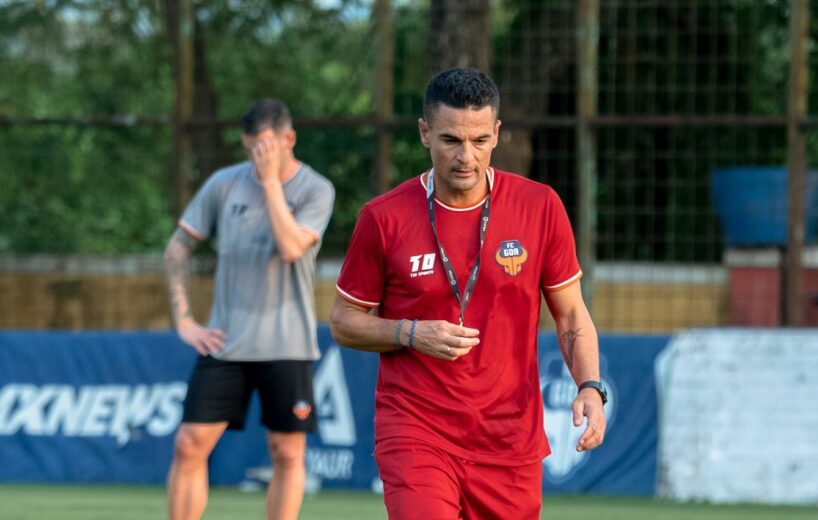 Goa, December 29, 2022: FC Goa could not replicate the quality in their performance from the home clash against ATK Mohun Bagan earlier this season, as they succumbed 2-1 at the hands of the Mariners in the return fixture held in Kolkata on Wednesday.

Although Anwar Ali netted his first ever goal for the club to keep the Gaurs in the hunt for a win till the end of the first half, goals on either side of the break by Dimitri Petratos and Hugo Boumous gave Juan Ferrando’s side the three points at the end of the 90 minutes.

Speaking after the clash, FC Goa head coach Carlos Pena commented that their loss of focus at crucial moments paved the way for what was FC Goa’s fifth loss in the ongoing Hero Indian Super League (ISL) 2022-23 season.

“I think it was a very equal game. In the first half, they scored first with the action of the striker (Petratos) and we were not focused at that moment,” he explained.

“But the team came back. We started controlling the game and playing in the opposition half. We equalized before half-time and we went into the dressing room with a good feeling. The game was nearly where we wanted (it to be).

“But in the second half, we made a big mistake knowing that they are very dangerous in transitions and they punished us in one of them.

“After that, we tried, but with no order. We created less chances than what we wanted. I tried to make some changes, but it didn’t work and we couldn’t get the three points.”

‘Will continue fighting for playoff spots’

Earlier in the day, the 38-year-old made as many as four changes to the Goa playing XI that started in their previous match against Jamshedpur FC. The Spaniard revealed his reasons for this, saying, “I decided to put Alvaro (Vazquez) and Iker (Guarrotxena) to control the ball more. I felt that Alvaro could give us more continuity during the game.

Despite the setback at Kolkata, Carlos Pena maintains that the Men in Orange are well on their way to qualify for the playoffs.

“We are going to be in the playoff race. We have eight more games remaining and we will have all the chances to make the top six. We will keep fighting and we will move on to the next game which we have at home (against Hyderabad FC).

“This team is not going to give up. Today, we can be sad and things are difficult for us. But we will keep working and move on to the next game,” the head coach concluded.