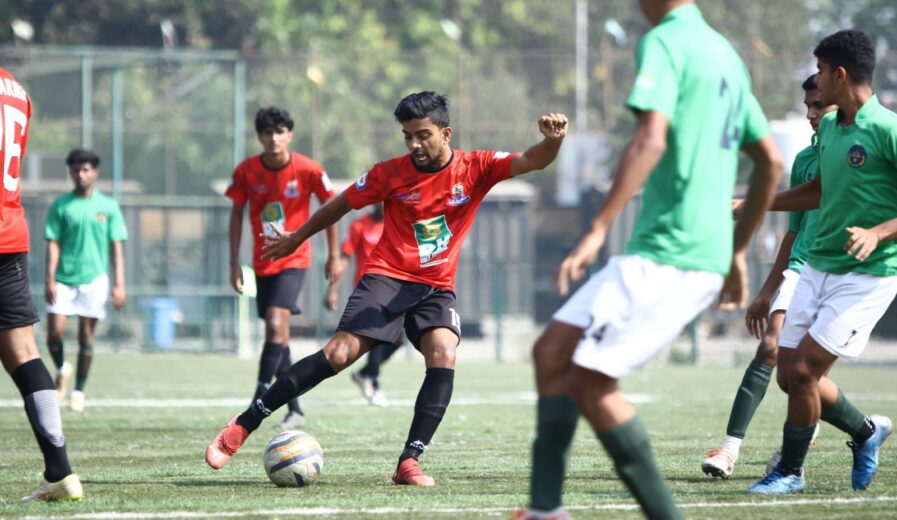 Match no. 35 of the MFA Elite Premier League saw Kenkre FC and DK Pharma faced off in a closely contested game.

The match was evenly poised throughout the game, with both teams creating several chances. After an even early exchange, the deadlock was finally broken in the 18th minute when DK Pharma took the lead through a stunning volley by Eugene Nimako, who was set up by a cross from the right flank.

The rest of the first half was closely contested, with both teams battling for control of the match. In the 50th minute, Abhishek Sharma of Kenkre was shown a yellow card for a foul.

Despite Kenkre’s efforts to find an equalizer, the score remained 1-0 in favor of DK Pharma until the final stages of the match. In the 91st minute, Ajay Kumar scored a crucial goal for Kenkre, leveling the score at 1-1 and earning his team a hard-fought point.

The match ended in a 1-1 draw, with both teams displaying impressive performances. The referee for the match was Kshitij Tambe.