Alister shines with another hat-trick 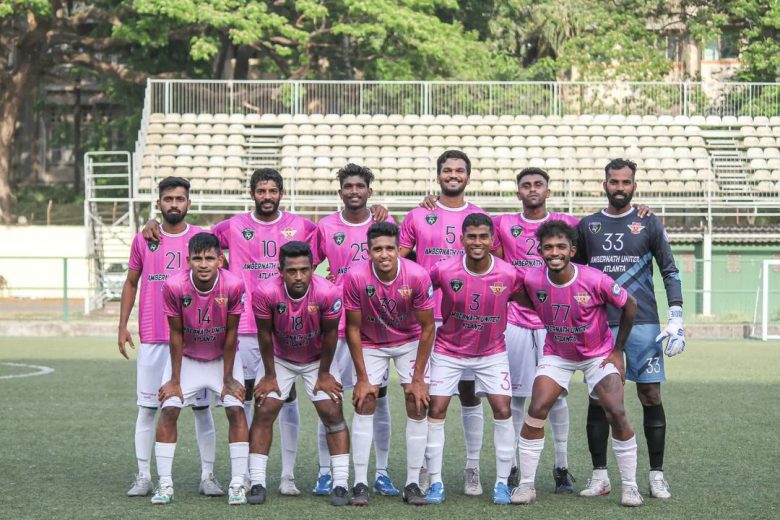 Alister the spearhead in the Atlanta FC attack proved to be a thorn in the side of the Salsette defence. He capitalized on the chances that came his way to scoring first three goals on the trot. The roving forward rocked the Salsette goal firing home the first goal in the 13th minute and couple of minutes later was once again in the thick of action slotting in the second goal before netting the third in the 39th minute to complete his hat-trick and give Atlanta a healthy 3-0 lead the breather.

The Steven Dias coached Atlanta FC side maintained the momentum after the change of ends and scored four more goals during the second session, with two coming in the dying moments to complete an easy victory. Arif Shaikh struck the fourth goal in the 57th minute and three minutes later Maharashtra’s seasoned midfielder Vijith Shetty added the fifth goal. In the final minute Shravan Shetty scored the sixth before Michael Nwokwu struck in the second minute of additional period to round-off the winning tally.