Tiddim Road Athletic Union (TRAU) FC has been punished with a multi-window transfer ban by FIFA because they were unable to pay the wages of their ex-player Abednego Tetteh.

According to FIFA’s orders, the ban will be lifted only when TRAU will pay the complete fine imposed by them. This fine includes his remaining wages plus a minimal interest.

The Transfer markt stated in one of their articles that “FIFA has slapped a multi-window transfer ban on TRAU FC. They arrived at the decision after finding out that the club has not complied with their financial obligations – paying Abednego Tetteh his pending wages.”

“We also understand that FIFA have requested the All Indian Football Federation (AIFF) to implement the ban on TRAU from the upcoming summer transfer window. This will render the club unable to register new player,” according to sources.

The Ghanian striker has featured in 5 games for TRAU in the 2019-20 season, after which, in January 2020, he left the side and went back to his country to play for Hearts of Oak. 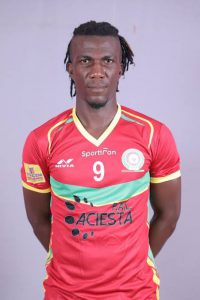 This can be a big blow for TRAU, after a superb season this year in the I-League, as they had a chance to clinch their maiden I-League trophy. They missed the title and finished 3rd in the points table following their defeat against champions Gokulam Kerala FC on the final matchday. This ban can stop the Manipur side from boosting up their squad and come back stronger next year.

We showed what we are capable of’: eTigers on finishing third at FIFAe Nations Online Qualifiers
IKF bring UK’s Expertise in India – Scouting Training Courses Launched!