We showed what we are capable of’: eTigers on finishing third at FIFAe Nations Online Qualifiers 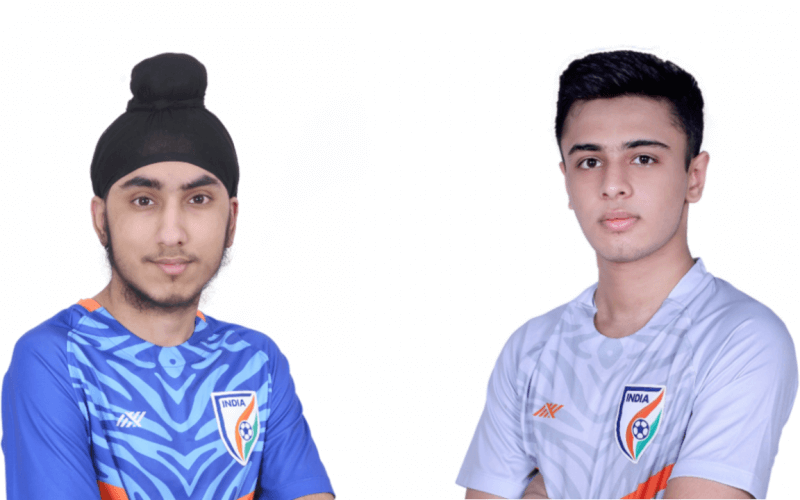 India may have only just missed out on qualifying for the FiFAe Nations Cup 2021, however, it was certainly an impressive debut on the world stage by the eTigers competing for the first time in the FIFAe Nations Online Qualifiers, which culminated on Sunday (May 2, 2021).

Chandigarh’s Charanjot Singh (18) and Mumbai’s Siddh Chandarana (20) joined forces to help India secure a third-place finish, narrowly missing out on a berth in the FIFAe Nations Cup in Denmark, with only the top two teams qualifying.

“It felt amazing putting on the jersey of our country,” says Charanjot. “It was a thing of pride for both of us. We started off well and after the first day we were at the top of the table. On the second day we qualified for the knockout and won the first round but to lose in the manner that we did, hurt us.”

“But, we know it was the first tournament for us and India, and we finished third so I don’t think we should be sad or anything.”

“It’s just that losing in the manner that we did hurts. Because we were so close, we were in the ‘Winner’s Final’ as well but FIFA is a game of margins as they say,” adds Charanjot.

The duo competing in the Middle East and Africa Zone, were one step away from sealing qualification, having made it to the ‘Winner’s Final’ on Sunday but were beaten by Qatar. They had another bite at the cherry, thanks to the double-elimination format, playing Saudi Arabia in the ‘Loser Final’ but failed to get the better of their opponents at the second time of asking.

However, the eTigers created some special memories along the way, most notably their stunning 8-2 aggregate win against Saudi Arabia in their first knockout tie, where both players pulled off what was arguably the ‘best results of their lives’.

“I think Saudi has probably the best roster in the world,” says Siddh, who managed a draw against Saudi’s Yasser Al-Harthi in the Group Stage encounter after teammate Charanjot was beaten by former World Champion Musaad Aldossary.

“Going into knockouts, we had a rematch against Saudi and this time, Charanjot knew what he had to do against Dossary and he actually pulled off an unbelievable result. He beat him 4-1 and I beat Yasser 4-1 in my game as well. So, these two were probably the best results of our lives cause it doesn’t happen every day and those two players have been on the FIFA scene for years and years.”

“Personally I haven’t had a very good season in the Global Series. I finished around the top 48 while Yasser is no.1 in West Asia.” Siddh continues, “Here, I didn’t beat him. I actually destroyed him. That helped me so much because I think we showed what we’re capable of, it’s only the fine margins which we have to work on.”

“Everyone was waiting for the match-up between me and Dossary.” chuckles Charanjot when asked to relive that stunning upset. “Earlier in the group stage, Dossary beat me 2-0 so I knew what he’ll do and how he’ll come for the match and I was ready the second time.”

“I scored three early goals and got a good lead before the 2nd half and just tried to maintain that. Beating a former World Champion and two-time finalist at that, was the highlight of the tournament for me.”

Both players were also overwhelmed by the show of support by the fans tuning into the matches and tagging them across social media.

“It felt amazing!” exclaims Charanjot. “Prior to the tournament we asked everyone to support us and the response we got was truly outstanding. I don’t think me, Siddh or anyone expected so many people to be out there supporting us, in the live stream, etc. It truly felt amazing and it meant more to us while playing in the tournament to win it for India and to win it for them who were supporting us.”

Siddh shares those sentiments of his teammate, saying, “The support throughout the last three days has been so amazing and it’s disappointing not to go all the way but I’m just grateful to the AIFF and all the fans for the support.”

“I just want to say, thank you to the fans for all their support. It’s been an absolute honour to play for our country. And not to forget, this is the first time we were playing and we still put on a great show. Beating Saudi 8-2 is not a joke and we did show what we’re capable of and we hope to be better next time.” signs off the lad from Mumbai.