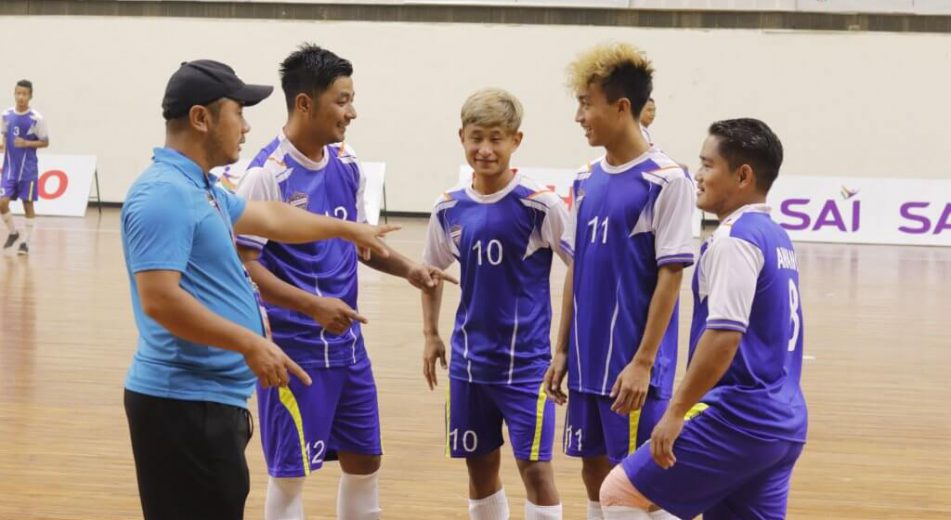 Speak of Nagaland football and the first impression that hits everyone is that of India’s first International captain – the late Talimeren Ao, who was a doctor by profession. But since then, no club from the state has been able to qualify for an AIFF Club tournament. That jinx has now been broken – welcome Telongjem FC, Champions of the State Futsal Championship who have qualified for the maiden edition of the Hero Futsal Club Championship.

Coach Tia feels this might play the role of a “perfect catalyst” to promote the game across the state. “This Championship has been a huge platform which teams all over the country want to get to, and we are already here. We will go back home, and promote and develop the ‘beautiful game’ once we are back to Nagaland,” Tia sounds optimistic.

Although Telongjem had to endure steep challenges against Delhi FC and 7 Wasa United Sport & Cultural Club in their first two outings, Tia looks up to the positive aspects of the participation — the first-ever representation of the State in a National Club Championship – a significant move that can corroborate the fact that Indian Football is indeed moving forward together.

“This is the first time we qualified in an AIFF-conducted tournament on a national level. The learning experiences are tremendous. Right from getting on board, getting used to the CRS and CMS software, running the system so professionally — in a nutshell, we’re going back richer,” he expressed.

“We might have not had fair results on the field, but it is only here that we found out about the professional aspects of a match organisation – the countdown, the march-in, etc. Till now, we just knew to play,” he smiled.

On being asked about the futsal ecosystem in the state, he mentioned that this shorter version of the game is immensely popular in the state.

In Nagaland, when a local futsal tournament is organized for 2-3 days, 40-50 clubs turn up, that too in almost every second fortnight. It’s not only for men, but even girls are also very enthusiastic and passionate about futsal. Supporters do come to the ground to cheer for their favourite team, friends and relatives who are playing. It’s picking up slowly, but steadily,” he informed.

Like other coaches, Tia also highlighted the pacy nature of futsal, which, in turn, helps a player make a quick decision and sharpen his passing and dribbling skills.

“Football is an elaborate exercise and demanding, whereas futsal is quicker where you have to play intelligently. Dribbling and passing are very important aspects of football. If one picks up these traits through futsal, the individual can be a better football player in time. These are very much interrelated that way.”