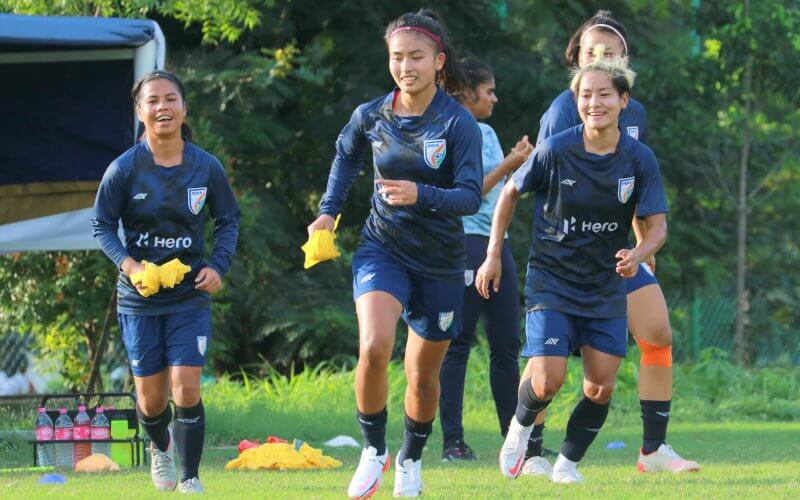 The All India Football Federation has arranged for the participation of the Indian Senior Women’s National Team in an international tournament in Manaus, where they are going to play three matches against Brazil, Chile and Venezuela.

The Indian women will begin their campaign against Brazil on November 25 followed by matches against Chile on November 28, and Venezuela on December 1. In fact, this will be the first time any Indian Senior National Team will be playing against either Brazil, Chile, or Venezuela.

Former FIFA Women’s World Cup runners-up Brazil are ranked 7 in FIFA Women’s Football Rankings, while Chile are on 37 and Venezuela is on 56. India is currently ranked 57.

The exposure tour is part of the Indian Women’s Team’s preparation for the forthcoming AFC Women’s Asian Cup India 2022. The Indian women had last month traveled to Dubai, Bahrain, and Sweden to play a series of friendly matches, while earlier in 2021, they had traveled to Turkey and Uzbekistan for international exposure tours.

“As the governing body, we want to provide the best platform for the preparation for our women’s senior team as they prepare for the AFC Women’s Asian Cup India 2022. Brazil and Chile are regular World Cup teams, and I am confident playing against such opposition will help our women’s team to grow in stature,” Mr. Kushal Das, General Secretary, AIFF averred.

“We are also in the final stages to finalize the schedule for the four-nation tournament in Kerala in December for the women’s team to gain valuable international exposure,” the General Secretary added.

FC Goa announces 28-man squad for the 2021/22 season of the Indian Super League
“I want to make a mark for the city of Pune in Indian football”: Nikhil Mali