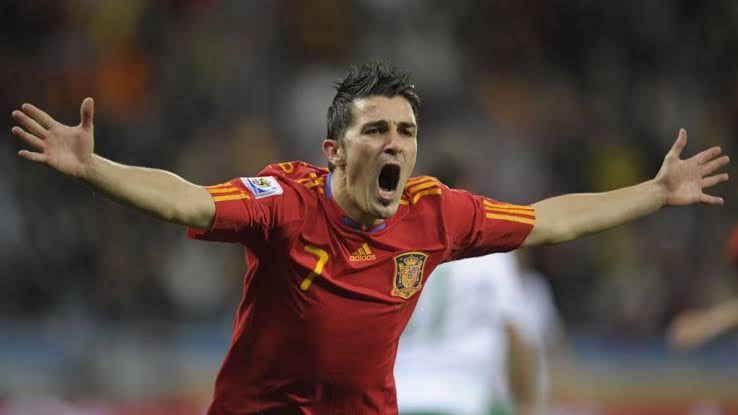 This was confirmed today by the recently appointed president of Odisha FC Raj Athwal, who himself comes with experience of working with reputed European sides like Glasgow Rangers, Coventry City and Watford.

He is very excited to see the future with the DV7 group of football consultancies, Co-founded by David Villa himself. According to Mr Athwal, this new partnership is “a statement of intent for Odisha Football Club, the region, the supporters and, of course, the Indian Super League in general,” he told Sky Sports.

Talking about the 39-year-old Spanish legend, his records are commendable. Alongside his multiple individual accolades, David Villa has won 15 trophies, which includes the FIFA World Cup, a UEFA Champions League title, 4 La Liga titles alongside many others.

He announced his retirement on 13th November 2019 when he played his last match with Vissel Kobe in Japan.

Speaking to the veteran striker about his willingness to be back on the field, he told Sky Sports, “It was the first question of the people of Odisha. I made a decision a year ago to stop playing because I thought that it was the [right] moment, not because I felt that I could not play soccer anymore. I believe if I train, I can play soccer for sure”

Commenting on the partnership, club owner Rohan Sharma tweeted with ecstasy. “Just so everyone is clear, this is not a ceremonial position. David and the DV7 team have been working with us for the past month and getting their hands dirty. Hearing David talk about Indian players in-depth and where they fit into our new system is just crazy!! It also really helps to have coach Gombau be a part of this journey as well. He’s family, and this journey couldn’t happen without him” was his recent tweet.

Just so everyone is clear, this is not a ceremonial position. David and the DV7 team have been working with us for the past month and getting their hands dirty. Hearing David talk about Indian players in-depth and where they fit into our new system is just crazy

Juan Ferrando speaks on the AFC Champions League and his first season at the helm of FC Goa
Try everything but be great at something – Alton Vaz, Sporting Club De Goa Captain