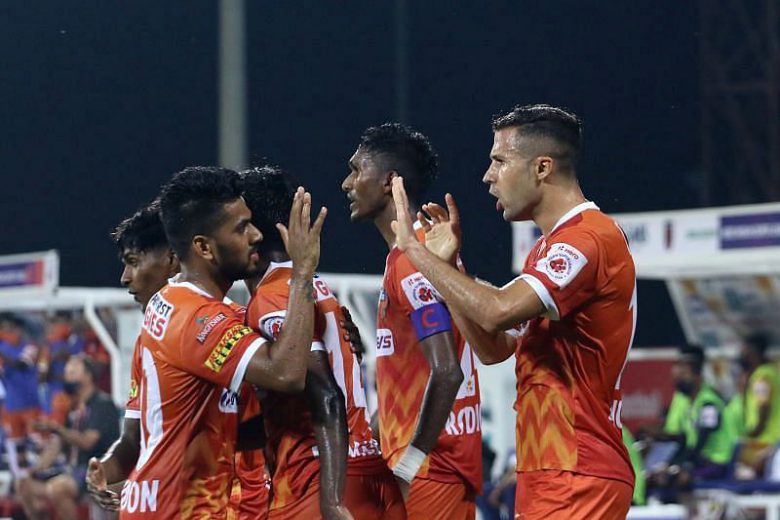 FC Goa fans felt disappointed with the latest draw against SC East Bengal however, youngster Devendra Murgaonkar got a lot of praise after his late goal rescued a point

The Gaurs managed to secure a point through Devendra Murgaonkar’s late strike in the 82nd minute that restored parity. The point from the match means the FC Goa occupies the third spot on the ISL standings with a tally of 15 points from ten matches.

SC East Bengal were down to 10 men in the 56th minute when Danny Fox was sent off for a rough challenge. However, Goa were not able to bank on the numerical advantage and ended up conceding through a wonder goal by Bright Enobakhere.

We spoke to a few FC Goa fans to get their opinion on the team’s performance and the result against SC East Bengal.

Edgar De Souza, a student who is an active member of the FC Goa Fan Club expressed his shock at the 1-1 result against the Kolkata giants. He said, “The draw was shocking. First of all, East Bengal are the current underdogs and drawing against them with a man down is completely shameful. We had an entire 45 mins with a man advantage and still could not do much. And the worst part is that East Bengal even scored against us having lost their captain.”

Nishad Hegde Desai from the East Lower Army also echoed the sentiments from De Souza on the drawn result. “SCEB are struggling to keep up with ISL. Their form hasn’t been that great and it should’ve been an easy win for us, especially with them 10 men down. Disappointed with the result although the efforts were there to see.”

The youngster Devendra Murgaonkar found a lot of praise from the fan base after his headed goal rescued the Gaurs from a loss against the Red and Golds.

Saiel Naik, another member from the East Lower Army was full of praise for the Goan youngster. He said, “Devendra is the one on whom I had my eyes on from the start of the season.  He did a terrific job in the Goa Pro League, he looks always confident on the pitch, hopefully, he will keep that good form alive going ahead.”

Fellow East Lower Army member Kunal Kolienkar also heralded Murgaonkar’s contribution in the match. He opined, “Devendra was on the score sheet last night and it was his goal, the equalizing goal that helped us make a point. Feels great that other players apart from Igor are stepping up and scoring goals at crucial moments“

There was one consensus among all fans that FC Goa needs to be better at finishing games off and needs to have more contribution in attack from players other than Igor Angulo.

Nishad Hegde Desai said, “Over-reliance on Igor Angulo is a major issue that needs to be fixed. Goals need to be coming elsewhere, and winning goals not left late. Maybe upping tempo might help, there is always a lack of urgency in the first half, and hopefully, the coach can fix that soon.”

Edgar De Souza chimed in with his opinion on the defense as well. “Goa’s defense is very sloppy, slow, and can’t concentrate. Ivan and Seriton are good players.  In my opinion, Edu Bedia should be benched and James ‘Don’ Donachie should play as CDM. The overall defence was not bad, they just have to put in a lot of hard work.“

Kunal Kolienkar expressed his thoughts on the team’s shortcomings in the first half of the match. He feels that they should be more consistent throughout the match. “We leave it at the very last moment to finish off games which isn’t a good sign. In the first half there are fewer chances created and if you check our first half stats with the second half stats you’ll know the difference. Hopefully, Juan will look into this and improve things, we need an attacking mentality throughout the 90 minutes and not only in the final third of each half. The defense should also be strong and shouldn’t give away easy goals.”

FC Goa takes on Jamshedpur FC next week on Thursday, January 14 2020 at the Fatorda Stadium in Margao, Goa.