The resurgence of Raju Gaikwad 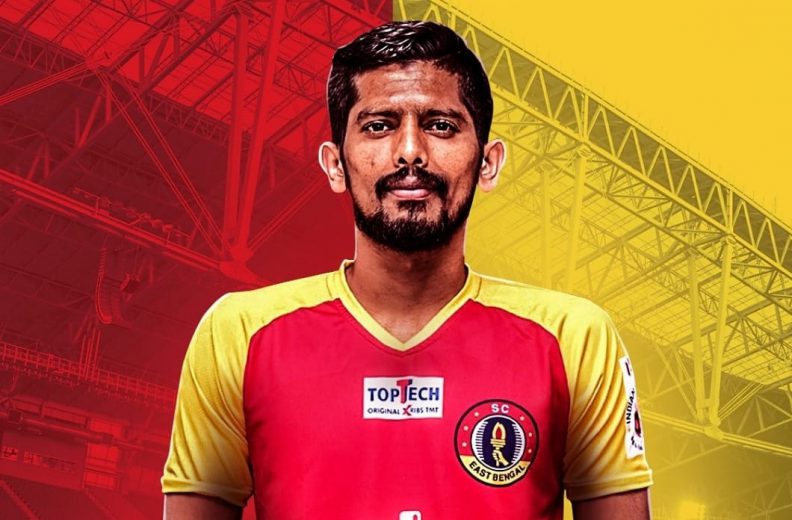 Come this new year, East Bengal finally seems to resurrect after they outplayed Odisha and drew against FC Goa.

One notable addition who potentially can become a vital cog for the Red and Gold brigade is Raju Gaikwad. The Mumbai-born centre-back left Kerala Blasters the previous week to ply his trade at East Bengal for the rest of the season.

Hailing from Kalina in Mumbai, Raju began his career with Union Bank of India in MDFA Elite Division. His robust stature and commitment later earned him the captaincy for Maharashtra U-19 team at various National Level tournaments. Raju represented East Bengal for the first time after he left AIFF Developmental outfit Pailan Arrows in 2011. He went on to play 50 matches for the Kolkata Giants and scored 2 goals in his previous stint.

Ever since playing for East Bengal, Raju has been a part of Mumbai City, Mohun Bagan, Jamshedpur FC, Kerala Blasters and represented the National team 36 times. Known for his lethal long throws, the Mumbaikar was out of form for a prolonged time and missed out on opportunities throughout his career.

Vying to prove his mettle, Raju rejoined his former club. He seemed upbeat about his realliance with East Bengal. “I am delighted to reunite with SC East Bengal, a club I played for in the past. We all know how big a club it is and I am eager to contribute to the team’s success” claimed the 30-year-old.

Raju’s presence instantly added vigour to the Red and Gold Brigade. He played an impactful role in both his outings. With a passing accuracy of 75%, he made an assist and anticipated vital interceptions against Odisha. In his game against Goa, he created a lethal chance from a throw-in inside the box which Adrian Fox failed to convert from.

After the match against Odisha, Raju expressed his feelings and thanked everyone who believed in him. “It is my first game of the ISL season and I feel awesome. As I had mentioned before, I will keep on giving my best efforts and emerge victorious with my team. I want to dedicate this game to all the supporters who believed in the team and in my abilities. Keep supporting” quoted Gaikwad.

Liverpool Legend and Head Coach of East Bengal Robbie Fowler too is full of praise for the defender after his initial performance. “He played like a man out there who doesn’t want to get beaten and that’s what we like about him. He has set a standard for himself so he has to live up to it. I am confident that he will do that” said Fowler.

Having a professional career spanning more than a decade, can Gaikwad’s return to East Bengal be his chance of resurgence? Only Raju can answer as the season proceeds.

East Bengal are currently placed at the bottom half of the table with 7 points from 9 games. They face Bengaluru FC in their next outing on 9th of January at the Fatorda Stadium.