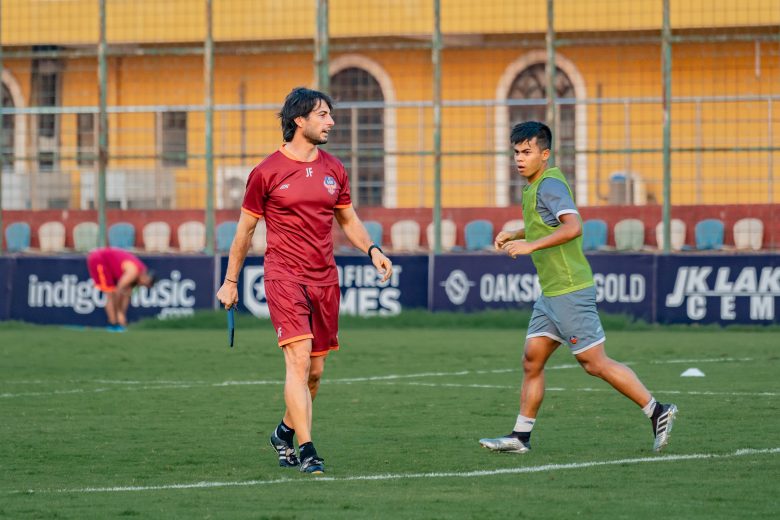 ~ Gaurs aim to end ACL journey on a high ~

FC Goa play their final game of their AFC Champions League journey against Al Wahda on Thursday at the Pandit Jawaharlal Nehru Stadium. The Gaurs sit third in Group E with three points from five games, and will be keen on ending their campaign with a victory.

But standing in front of them is an in-form Al Wahda side, and ahead of this group stage finale, let’s see how the two sides compare in this preview.

The Emiratis are flying high after some terrific performances in their last few games, and look well placed to qualify for the Round of 16, especially if they pick up all three points against Goa on Thursday.

The side from the UAE are hoping to advance as one of the three best runners-up in the tournament, but it won’t be easy, especially with skipper Ismail Matar missing due to suspension.

“It’s the last game for this group and even though the players are tired, I’m really looking forward to this match,” said Head Coach Erik ten Cate ahead of the game. “We’ve been playing in this competition with this bubble for three weeks. It’s not easy but we are managing thanks to the people here in India.”

The experienced coach also mentioned that beating FC Goa will be no easy task and that his side is up for the challenge.

“So we want to win but it will not be an easy game tomorrow as we have a couple of players suspended. It will be hard because FC Goa are still in search of their first win and they will do everything to get the three points.”

FC Goa have opened eyes all around the world owing to their defiant displays in their first ever AFC Champions League campaign, but a win in the tournament still eludes the Gaurs.

The Men in Orange were minutes away from sealing a historic win against Al Rayyan last time out, before conceding a late goal that broke Indian hearts. The spirit remains intact however, and a win against Al Wahda will go a long way in cementing Goa as one of the top debutants in the Champions League.

“Our plan is to be competitive and collect the three points tomorrow,” said head coach Juan Ferrando ahead of the game. “It may not be an easy task considering the recovery of our players but we must keep our concentration and perform.”

A win will be enough to seal third spot in a historical debut season, while a draw or defeat may also be enough, depending on the Persepolis-Al Rayyan result.

“Finishing third in the group of the AFC Champions League is not an easy task. As the head coach I’m proud of what my players and coaching staff have done so far,” Coach Ferrando continued.

“In the end the most important is to take the best decisions on the field tactically and hope that it will play in your favour. The key is staying focused and putting our best team forward.”

Juan Ferrando has been praised for his tactics as well as squad handling this season, and believes his players will stand up and be counted once again.

“These players are mentally strong in managing pressure so I think if I’ve substituted them in a previous match, there is no problem in their performance for the next match. I don’t see my players losing confidence. The target in every match and tomorrow is going to be the same.”

A grand finale on the cards

For all FC Goa fans, seeing their team play their final AFC Champions League match will be special, and a win would be just the icing on the cake during a tough period for India as a whole as the country battles a second wave of COVID19.

Goa will give their all against an Al Wahda side motivated by the lure of Round of 16 of the Champions League, which makes for an exciting contest.