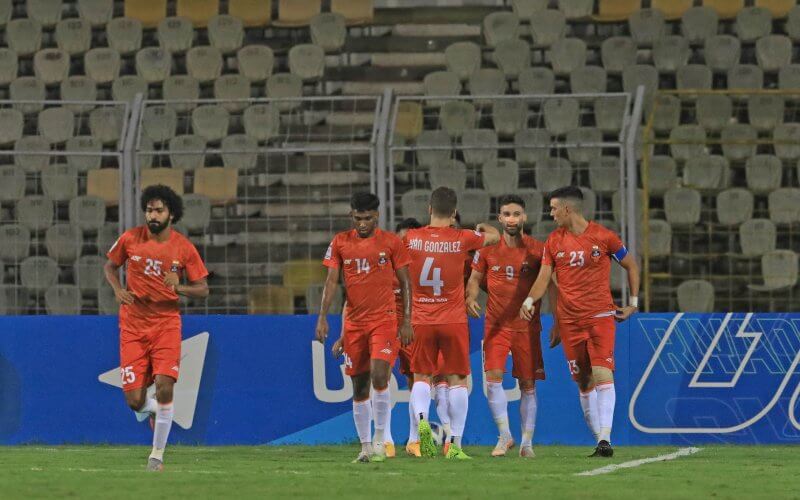 Although they have been ruled out of qualification for the knockout stage of the AFC Champions League in their debut season in the competition, FC Goa will look to go out with their heads held high in their last Group E match against Emirati side Al Wahda.

The Gaurs have accumulated three points so far in Group E of the ACL, having earned two draws against Al Rayyan (Qatar), and one against Al Wahda (UAE), while losing their two matches against last season’s runners-up side Persepolis FC (Iran).

Ahead of their last match against Al Wahda, FC Goa defender Seriton Fernandes stated that the Gaurs are motivated to create history by winning their last ACL match of the season for the people of India.

“If we win (the match against Al Wahda), we will dedicate it to the people of India,” said Seriton. “We will approach the last game like any other – with a view to get all three points. We have never wavered from that stance and we will continue to look for a victory, irrespective who the opponent is. That’s what we are all about.”

The Gaurs’ head coach Juan Ferrando underlined the importance of improving on the results that the Goan side has produced so far on the continent’s apex club competition.

“We need to improve further,” quipped Ferrando. “In football, we need to always think about where the points would come from. We are not thinking about the last game anymore. It is time to focus on the next game and find the best XI for that one.”

While Goa have earned three draws from their five matches so far, they came very close to a win in the last game against Al Rayyan, when Brandon Fernandes set up Jorge Ortiz for a third-minute strike. However, the Qatari side, coached by Laurent Blanc, who was a part of the famous French team that won the 1998 World Cup and the UEFA Euro 2000 as a player, struck back in the 89th minute through Ali Ferydoon to equalise.

FC Goa head coach Juan Ferrando earmarked the level of competition in the ACL, and stated that it has been a great experience for his boys.

“The Champions League is a very difficult tournament to play in. It has been a great experience for us, and we need to use this to improve further,” said Ferrando.

While Seriton expressed the side’s disappointment at not getting the three points against Al Rayyan, he echoed his coach’s words, stating that the AFC Champions League has been an experience to remember.

“We were all disappointed (after the draw against Al Rayyan). We were very close to a win. It was a tough game and just goes to show that you can’t take lose concentration even for a minute in this competition,” said the 28-year-old.“This is a whole new level of games for a lot of us. You have to stay focused on what’s happening in these games. There is less time on the ball than we are used to and the quality of the players up against us is really high,” he continued.

“It’s been an experience to remember. We have all gained so much confidence, having played at this level. And now that we have had a taste of it, we want more. We want to be back in the Champions League.”