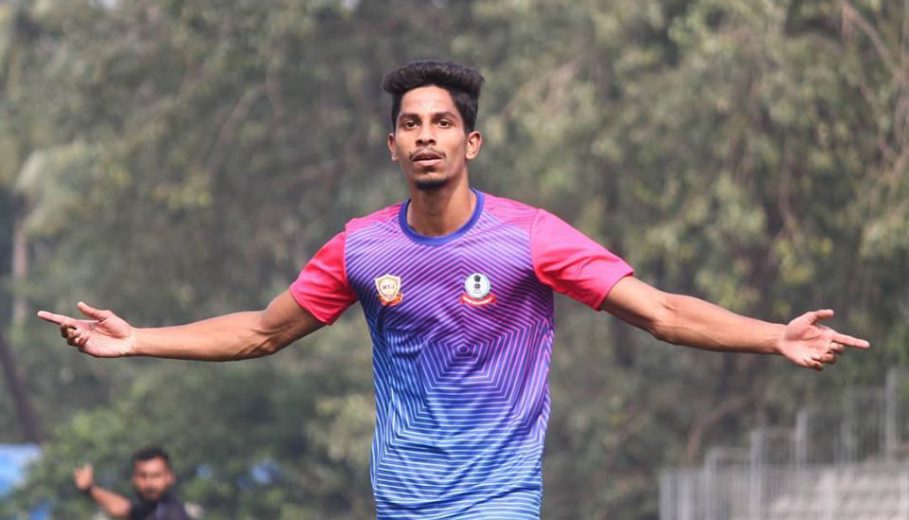 Mohammed Ishaq scored a stellar brace in his maiden game for Income Tax as they collected a 2-1 win against Century Rayon in Elite Division match played out at Cooperage Stadium, Colaba.

Playing his first game for his new club Income Tax, Mohammed Ishaq didn’t take long to get on the score sheet when in the 6th minute Ishq headed a Bryce Miranda cross past the goal keeper into the net to put his side in to the lead.

Around ten minutes later, a mistake from Century defender allowed Ishaq to press forward and win the ball off the defender before slotting it past the stranded keeper to make it 2-0. Two goals down, Century Rayon began pressing forward and were eventually rewarded when in the 41th minute, Sunil Mane’s strike was blocked away a century center back, however the rebound fell for Sunail again who made no mistake in finding the net in the second attempt.

In the second half, Ishaq had an opportunity to complete his hat-trick only to be denied by the woodwork. In the final moments of the game, Century Rayon put everything in attack however could not find the second breakthrough as the game ended at 2-1.

Meanwhile in the other Elite division game, played out at the Neville D’Souza ground, Bandra here on Tuesday, Central Bank of India (CBI) faced off against Union Bank of India (UBI). In the topsy turvy encounter both sides had initial chances but the game was eventually decided in favour of CBI when Troy D’Souza struck a late goal minutes before full time whistle.

In Super Division, DK Pharma rode on Kouame Junior second half brace and Cajetan Dias first half goal to down Silver Innings FC