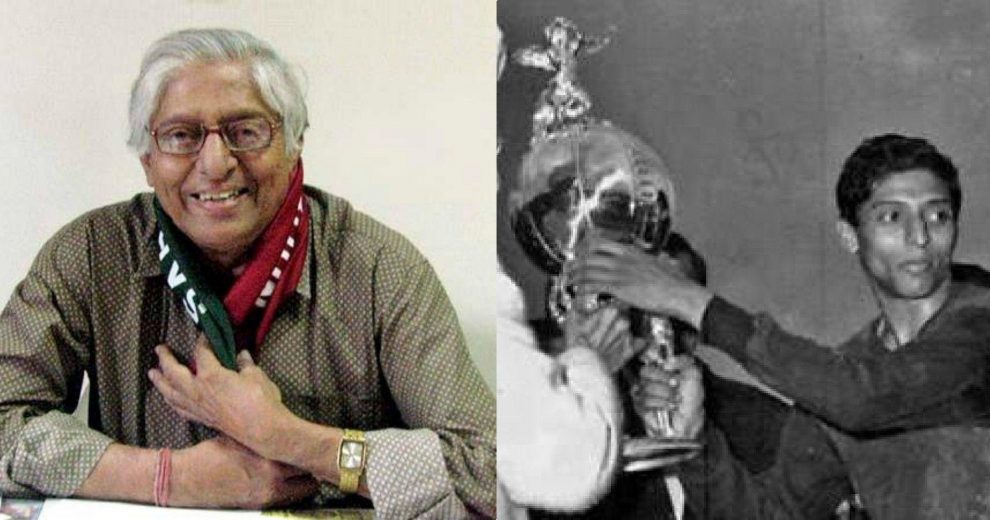 The legendary Indian football captain, Chuni Goswami, aged 82, left for his heavenly abode after suffering from a prolonged illness.

Subimal Goswami, who is renowned by his nickname ”Chuni” was a former Indian international footballer and first-class cricketer. He has represented the National Football team during the 1950s and 1960s and soon emerged as an indispensable part of the team. Usually playing in his left inside position, Goswami was a striker known for his impeccable ball control and dribbling skill. Apart from being a footballer of supreme quality, he has also played for Bengal in Ranji Trophy and was known for his fast inswingers.

He was born on 15th January 1938 in Kishoreganj District of undivided Bengal (now in Bangladesh). Goswami joined the Mohun Bagan Junior Team in 1946 at the age of 8 years when he was spotted by Balaidas Chatterjee. He was a part of the junior squad up to 1953 and then graduated to the Mohun Bagan senior team in 1954. He continued playing for Mohun Bagan till his retirement in 1968. During his stay with the club, he captained the club in 5 seasons from 1960 to 1964. Goswami holds the distinction of leading his side Mohun Bagan to three successive Durand Cup triumphs and four successive Kolkata League wins. He holds the distinction of playing for a single club, Mohun Bagan, throughout his club career despite numerous offers from other clubs including one.

Goswami made his debut in the international football in 1956 . He went on to play for India in 50 international matches including in Olympics, Asian Games, Asia Cup and Merdeka Cup. He captained India to the Asian Games Gold Medal in 1962 and a Silver in the 1964 Asia Cup in Tel Aviv.

He also served as the captain of the Bengal Cricket team for a period of time, and successfully led the team to the final round of Ranji Trophy twice in his career. In his cricket career, which spanned up to 1972-73 season, he played 46 first class matches, scoring 1592 runs and took 47 wickets. He received Arjuna Award in 1963 and Padma Shri in 1983. He was also adjudged as the Best Striker of Asia in 1962. He captained the 1962 Asian Games gold-medal winning team.