I want to come back and celebrate the Hero I-League title properly with fans: Kibu Vicuna 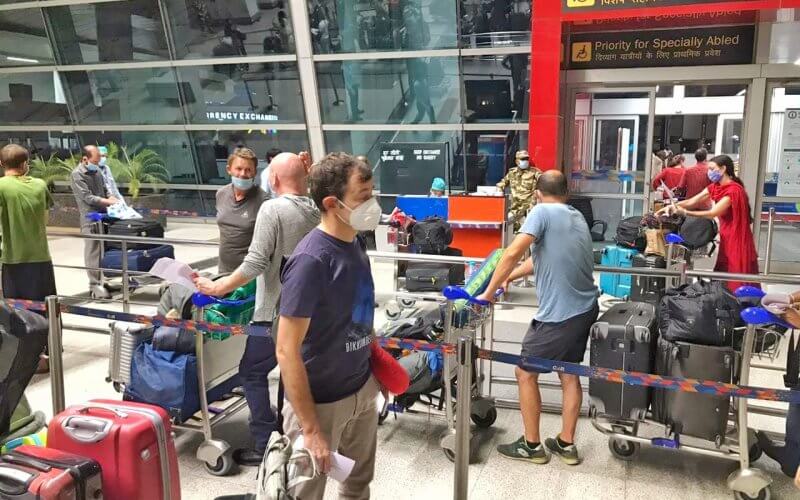 After having been stuck in Kolkata due the ongoing lockdown in awake of Covid19 pandemic in the country, Kibu Vicuna and the entire Spanish contingent drove from Kolkata to Delhi, and boarded a special flight in the wee hours earlier today (May 5) as they flew out from New Delhi to Madrid, with a two-day stopover in Amsterdam.

Prior to the departure, Vicuna, the first Spanish coach to win the Hero I-League title spoke in an interview about the triumph in Bagan, the road to success, love of the Green and Maroon fans, and him looking ahead to his next assignment with Kerala Blasters FC in the next Hero ISL season.

How would you sum the triumph in the Hero I-League?

It has been a fantastic year for me — both personally and professionally. I feel I now feel complete as a coach. When we won that last match against Aizawl, we were so happy. We all celebrated with the fans. The Derby was still at the back of our minds, but we would never have thought that that would have been our last match.

Did you get to meet everyone prior to departing?

Nope. When normalcy returns, I would love to come back and celebrate with all the players, fans, club officials and members. None of us ever really got the opportunity to say our goodbyes properly. It was all over the phone. I am a person who likes to do this kind of thing face-to-face.

I would like to thank all the fans of Mohun Bagan. We got so much love throughout the season, it’s absolutely unbelievable. I feel like I am leaving a piece of my heart back in Kolkata.

You all missed out on the CFL and the Durand Cup titles by a small margin. What changed after that?

From the very start we set out to win all the competitions we were a part of. That is what is expected of you at a club like Mohun Bagan. But it did take some time to establish the style of play that we wanted to implement at the club.

We played well in a number of those matches. The Sheikh Kamal International Club Cup was an especially difficult tournament with a lot of good teams. We had to play some really tough matches there, and I feel we did really well to get to the semi-finals.

How would you rate the performances of the local players this season?

If you look at our performances, the Indian players were extremely crucial for us. Starting from SK Sahil, (Nongdamba) Naorem, and Subha (Ghosh), they are all young talents and have done exceptionally well to rise to the occasion.

Then you have the experienced lot — Dhana (Dhanachandra Singh), Gurjinder (Singh), Ashu (Ashutosh Mehta), and Sankar (Roy), who’s experience was crucial for our performance in the league. To be honest, it was difficult to select 11 players. I had players like Romario (Jesuraj), (Lalram) Chullova, or Debjit (Majumder), who are equally capable, and gave us a lot of support from the bench.

Moving from one football-crazy region (Kolkata) to another (Kochi), what are you looking forward to at Kerala Blasters next season?

I’m really excited to join Kerala Blasters. I’m thankful to the club management who have shown the faith in me and have given me the opportunity. We want to build a strong team that plays attacking and attractive football. I have heard that the Kerala fans are equally as vociferous as the ones back in Mohun Bagan. With their support, we hope to get the results and earn more glories.

MDFA cancels Elite and Super Divisions due to COVID-19
IKF is coming to your city Post Covid19: Pre-registration is open.