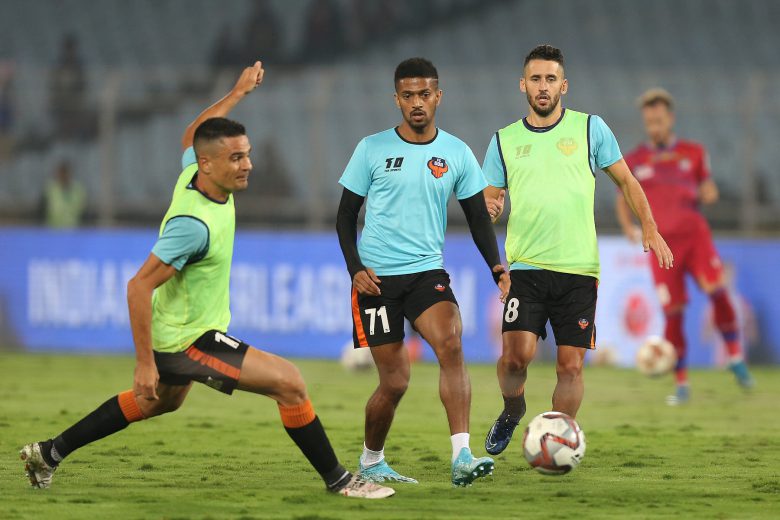 The Gaurs will be looking to pull clear of their rivals when they take on Kerala Blasters FC at the Jawaharlal Nehru stadium here on Saturday.

FC Goa, along with ATK and Bengaluru FC, are locked in a compelling three-way battle for the top spot in the league stage of the Hero Indian Super League which guarantees a spot in the AFC Champions League.

“I think from now every match is a final, for us and all teams in the same situation. It’s a very important match and we have to move step by step. For us, it is a big opportunity and a big challenge for the players and the club and we are working in this direction,” said FC Goa coach Sergio Lobera.

Kerala Blasters are also in dire need of a win, with anything less against FC Goa set to deal a massive blow to their top-four hopes. “Chances are still there (of getting top-four). We had a good session yesterday. I don’t focus on results. I focus on the process. If the process is good then results will come. As long as nothing is decided, we keep going,” said Kerala Blasters coach Eelco Schattorie.

Goa will seek home comfort as they look to bounce back from the 0-2 loss away to ATK. They have won their last three home games and have conceded just three goals at home, the least by a team this season. Tilting the scales in the Gaurs’ favour is also the fact that Kerala have been poor travellers. Kerala have kept just one clean sheet away from home this season.

“I think Kerala now have improved compared to the side we played in Kerala. They have recovered some players important to the team. Kerala lost the last match, but the circumstance is very important to analyse, not only the result,” said Lobera.

Lobera’s record against Kerala has been exemplary. In five games against them. Lobera has managed to win four and draw one, with the draw coming in the reverse fixture (2-2).

However, there are concerns for Goa. Despite scoring 25 goals, the most by a team this season, they have been in a mini slump of sorts. They have scored just three goals in the last three games from about 44 attempted shots. The likes of Ferran Corominas and Manvir Singh will look to turn things around in that respect while the impressive Hugo Boumous and Brandon Fernandes will look to create opportunities.

Defensive mistakes have hurt Kerala Blasters this season with the previous game against Jamshedpur FC a clear example. Abdul Hakku got sent off with a challenge before Raphael Messi Bouli’s handball gifted Jamshedpur a way back into the game. Bartholomew Ogbeche’s own-goal then gifted the opposition a 3-2 win.

“Goa is a team that plays football the way I would like to play. It is the only team that plays possession-based football and they also have the quality to put balls forward. Our team, I have the tools to play the same kind of football but unfortunately, I don’t have them fit all the time,” said Schattorie.

In attack, Messi Bouli and Ogbeche have been in fine form, scoring 13 out of the 18 goals Kerala have to their name. If they find their scoring boots, Kerala will fancy their chances on Saturday.