The historic Cooperage Stadium, home to the Western India Football Association, the governing body of football in Maharashtra is set to host I-League matches from February 17th, 2020.

Ever since 2017, this is the first time that an I-League game will be conducted in Mumbai. Defunct Mumbai FC was the last team to play an I-League game against East Bengal where Mumbai went down by 4 goals.

AIFF Developmental side Indian Arrows have chosen the Stadium close to the iconic Gateway of India for their remaining fixtures. Ironically, they will play against Kolkata giants East Bengal in the opening fixture. 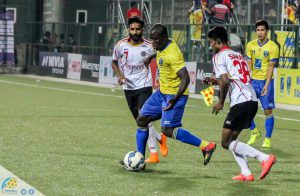 Commenting on the news, Mr Souter Vaz, Hon. General Secretary of WIFA and Executive Committee Member of the I-League said that he expects significant footfall during the matchdays. “I’m elated to share the news that the Indian Arrows will be playing at Cooperage. Hosting I-League matches is a matter of pride and I expect huge footfall on the matchdays” quoted Mr Vaz.

The Cooperage was the home ground for Mahindra United for decades. Mahindra was crowned champions of the National Football League for the first time in club’s history during 2005–06 season with two games to spare. They followed it up by beating their arch-rivals Air India for the first time in the season. They have also won the Federation Cup twice in 2003 and 2005. The coveted victory in 2005 made Mahindra the first club in history of Indian football to win both Federation Cup and National Football League in the same season.

Its feels really good to hear that I-league is coming back to Mumbai in Cooperage Stadium. Lot of early days memory will get refreshed. A new experience and motivation for all the upcoming players. Hope the promotion of the match and the timing would be appropriate so that lots of people can come and witness the match and feel the atmosphere.

Mr Menezes explained why Mahindra United failed to play their home games at Cooperage during the AFC Cup. “When the AFC Club Licensing Criteria was enforced on to clubs and venues, Cooperage did not fulfil the AFC licensing criteria for venues and had to take a break to rebuild a refurbished Cooperage. I remember Mahindra had to play off from Goa & Delhi when they qualified for the AFC Cup in 2007”

Linekar Machado, an astute performer for the Income Tax team, which plays in the MDFA Elite Division says that he loved to see Mahindra United play at Cooperage. Similarly, Steven Dias, Asst Coach Jamshedpur FC and a former Indian Footballer claimed Mahindra United’s title-winning campaign back in 2006 to be one of his best memories.

The most memorable game at cooperage was between Air India and FC Kochin which Air India won 1-0. FC Kochin had star Players like IM Vijayan, Jo Paul Ancheri, Raman Vijayan & Satyan and were the favorites.

Steven also talked about his time as a professional footballer while he was playing for Mumbai FC. “I concluded my professional playing career at Mumbai FC. So many lovely memories, I don’t know where to start from. I can never forget the Mumbai FC fan club, ‘Yellow Brigade’. The way they used to come in large numbers at the Cooperage Stadium and support us till the last whistle of the game was commendable. I’ve never seen fans like them anywhere in my entire football career. So yes, I miss my football as a player because of the love showered upon me by the fans” 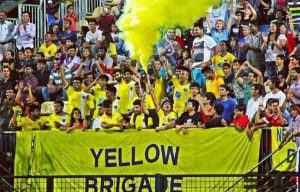 The Cooperage has had a rich history of being home to some of the substantial fixtures of Indian football in the past. Hence, do not forget to mark your calendars as Mumbai gears up to host the Hero I-League after three long years.