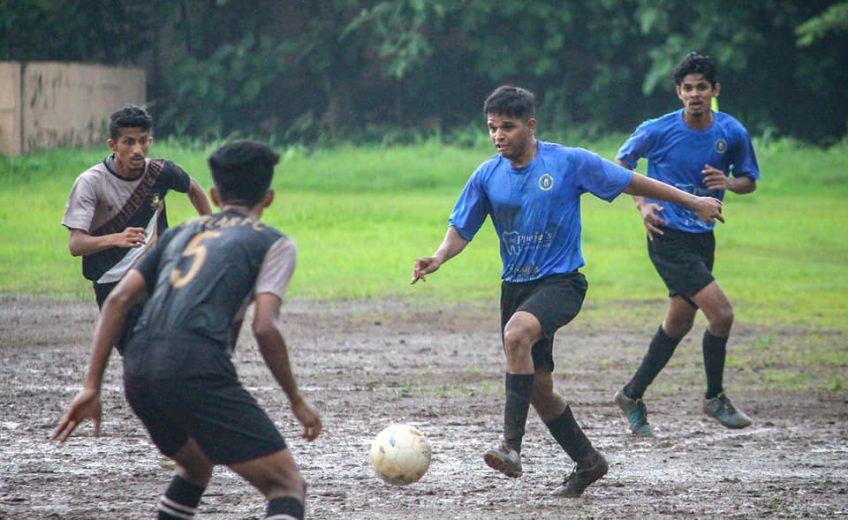 Race for Semi-finals gets intense after ND2 Soccer Starz hold Gorai FC to a draw in group B, while in group A Vibrants FC pick win over Shelar FC.

With Group A 2nd semi final spot wide open, both side came into the match with 3 points in first three games.  The game began with end to end football but it was Vibrants who looked better in attack. After a foul just outside the D, Kunal Mane converted the set piece to put his Vibrants in to the lead. Minute before the half-time, Vibrants were awarded an opportunity to double the lead after a foul inside the D. However, Suraj failed to convert the spot kick as the both sides entered the break with just one goal separating them.

In the second half, around the hour mark, Lawrence John doubled the lead for Vibrants with a clean finish putting his side in the driving position. The game ended at 2-0 score in favour of Vibrants FC as they surpassed Kajupada FC to take the 2nd spot in the group A table

In the group B encounter, 10 man ND2 Soccer Starz hold Gorai FC to a 1-1 draw as the semi-final race gets tricky for both sides. It was Gorai who took the early lead when a foul by Joel inside the penalty box lead to a penalty which was well converted by Venu. In the second half, it was ND2 who won the spot kick after Gorai Goalkeeper brought down a player inside the D. Franco converted the spot-kick for his side to pull things back on level terms. However, with five minutes to full time, ND2 were down to 10 men after goalkeeper was shown a direct red for making a foul outside the box. Gorai FC failed to capitalize on the opportunity as ND2 Soccer starz held on to their defence to end the game at 1-1.