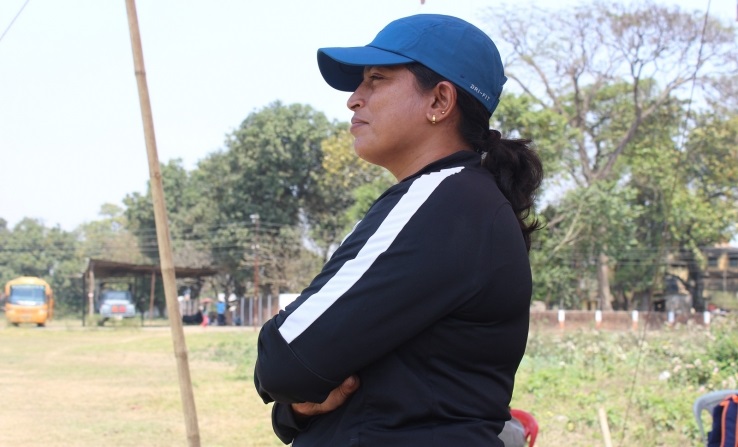 KOLHAPUR: The Oxford dictionary defines the word momentum as ‘the ability to keep increasing or developing’ and in order for anything to grow or improve, it is of paramount importance to generate a good swing of momentum and capitalise on it.

Women’s football in India has seen a recent upsurge in the last few months thanks to the performances of the women’s senior national team under coach Maymol Rocky and with the FIFA U-17 Women’s World Cup to be held in India next year, Maymol feels that hosting and playing in the biennial contest is the perfect step to build upon the impetus generated so far.

“It’s an opportunity to play at the highest level for the young players and being a part of it all will be an experience they will enjoy and remember forever. I have always been one to place my faith in the abilities of youngsters and this tournament will be vital in rearing the next generation,” she exclaimed.

The tactician talked about how the World Cup will “bring the entire nation together”, saying, “We have seen what happened in 2017 during the U-17 World Cup. The whole country will come together for football and young children and parents will be motivated to get more involved in the sport.”

She added: “We have a good amount of time to plan and the players have the potential to shine. We need to give the coach time and believe in the team. I believe we can put together a strong team and I am excited to watch them play soon – as everyone else will be too!”

Maymol has vast amount of experience when it comes to coaching age group teams. Since 2012, she has led the India U-15 and U-16 teams before taking up the senior team position. Currently in Kolhapur for the Hero Junior Girls’ NFC, she is among multiple scouts responsible for identifying potential talents for the upcoming World Cup and has been impressed by what she has seen so far.

She said, “I have been with age-group national teams for a number of years and I can say that these girls (at the Junior Girls’ NFC) are better. The current generation has improved a lot – for example, many players have shown that they are apt at using both feet. The coach will have a lot to work upon but there have certainly been a lot of positive signs.”

Under Maymol’s leadership, the Indian team lifted the SAFF Women’s Championship title for the fifth consecutive time and almost upset Myanmar to reach the 2020 Olympic Qualifiers Round 3 – all this with a squad with an average of 21.4. Reflecting on the team’s performance, the coach admitted that the challenge was a difficult one but declared that the players left no stone unturned.

“I found it difficult when the team first got together in December but we worked extremely hard to get on track. To their credit, the girls were open and disciplined, and never gave any problems off the field. On the field – we got the team together, stronger, fitter and more confident. The players slowly started believing in themselves and in the end, we stuck to our guns and played our hearts out,” she expressed.