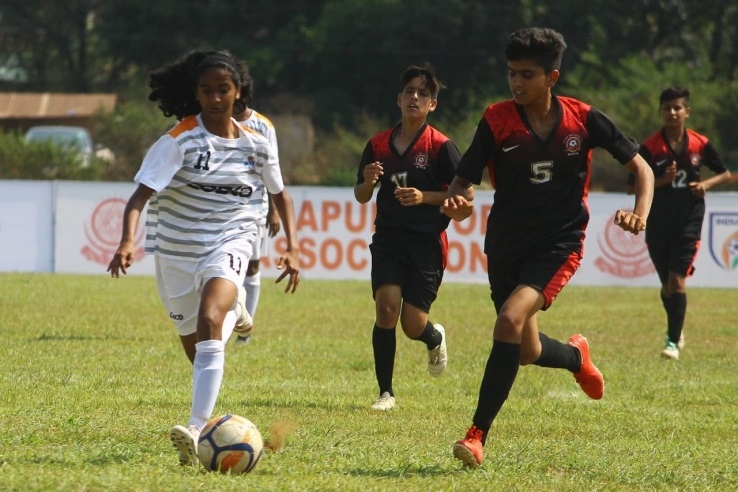 KOLHAPUR: The second round of fixtures at the ongoing Hero Junior Girls’ National Football Championships 2019-20 came to an end on Tuesday (April 23, 2019), with Himachal Pradesh and Odisha making sure of their respective berths in the last eight.

In the second game of Group E, Gujarat and Bihar played the first draw of the competition as the match ended 0-0 after a tense battle. As a result, Bihar move to four points from their two games and will rely on the result between Gujarat and Telangana, who are on one and zero points respectively.

Himachal Pradesh moved into the quarterfinals with a 4-0 victory against hosts Maharashtra, who put up a tough fight throughout the game and could have taken the lead in the first half had they successfully converted a spot kick, which was saved by Himachal custodian Manisha.

The second half was also a tense affair but the breakthrough came in the 79th minute for Himachal as substitute Aarti headed the ball home from a corner. The floodgates opened thereafter, with forward Manisha scoring a minute later and Kiran grabbing a brace (85′, 90+2′).

The stage is set for a cracking final round in Group H after Mizoram and Kerala picked up comfortable wins to set up a winner-takes-all clash on Thursday. Mizoram blanked Andhra Pradesh 7-0, with forward Lalrinmuani grabbing a hattrick (26′, 38′, 75′), Gladys Zonunsangi scoring twice (37′, 45+1′) and Ruth Vanlalpeki (46′) and Lalnunsiami (87′) netting once.