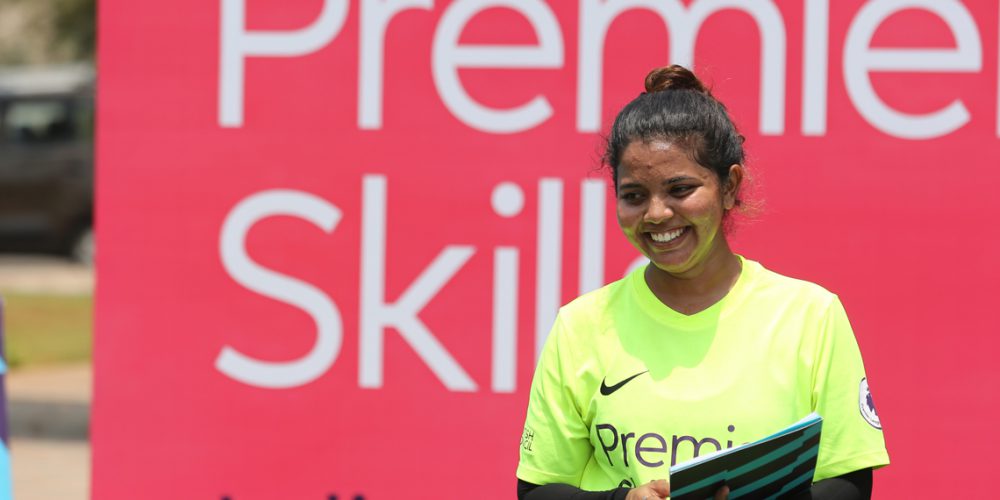 In a recent incident, an Irani football supporter, renowned as the Blue Girl set herself on fire. She was sentenced to jail due to her ‘crime’, in which she visited a football stadium to support a football team. Women going to the stadium is considered to be a crime in Iran. The girl was sentenced 2 years of imprisonment which ultimately led her to take her own life.

Similarly, in Mumbai, girls and young women are often deprived of many generic rights compared to boys and young men. In many cases, girls are not allowed to take key decisions. Their role in life gets limited to the domestic sphere.  However, it is girls like Tanaz Hassan Mohammed, who break the barriers and clinch their rights.

While the mediums of expression are different for every individual; Tanaz found sports to be her calling.  At the tender age of 8, she was in love with the very concept of playing a game. Tanaz initially got into playing track and field. Spending considerable time on learning the game, her interests soon shifted to Hockey. Little was she aware, that the very satisfaction of pursuing a sport would lead her to a new destination in life. Tanaz is an international level hockey player, and a district level footballer.

However she wasn’t just restricted to being on the front end of sports, Tanaz was equally interested in the back end happenings.  She chose Sports Management as her post-graduation subject.  Not only did she do well in her course, Tanaz was also the Gold Medallist from her batch.

A new chapter in her life began when she received a call from the ISL Franchise, Mumbai City FC for an internship role. After accepting the offer, things took a turn in her life. Adapting to the footballing curriculum was a challenge thrown at her initially.

“I still remember I was reluctant to fill my form for phase 1 back in 2017. I was confused about my capabilities. After putting a lot of thoughts, I decided to enrol myself in it. That has been one of the best decisions that I’ve taken so far. It helped me discover a new version of myself, that I didn’t reckon. I never thought that I would become a coach and inspire others” quoted Tanaz, who pursued football coaching licenses and kept upgrading herself.

She further explained that she learnt a lot when she enrolled with the Premier Skills community. At the Premier Skills Community, coaches play an important role in encouraging women and girls to participate in football, acting as role models to young people and prospective coaches. Tanaz became one such role model who lifted up the Muslim community girls to pursue football for a better living.

I organised a summer camp which initially attracted 1,200 boys and not a single girl. That’s when I decided to step up and present myself as a role model. The news of a female coach training on a ground where only male coaches had been seen before spread like wildfire. After engaging with mothers in the community, I had more than 500 girls, who hadn’t touched a football before, out on the field.

Since then, Tanaz has organized  4 Community Coaches Cascades in Mumbai, and Gujarat, where she trained around 60 coaches.

My most challenging work has been about helping a community where girls and women had self made barriers for themselves which stopped them from playing football or any other sport. Their concern was around the dressing. I made sure and made them aware, that in football, your feet is important. You can wear a hijab and play too. The turnout was something that shocked me. A whopping 800 girls on field along with their mothers. While the girls were on field exploring the game, I used to train their mothers on basic fitness. Now, the schools in that community have started their own girls football teams and they actively participate in tournaments.

Tanaz is currently a member of the Grassroots Development team in Mumbai City FC, a coach at the Reliance Foundation Youth Champs, and a level 1 coach educator with Premier Skills.

Apart from her thrilling career in the field of Sports Management, she still takes out time to get back into the field and do what she is best at since childhood – playing SPORTS!