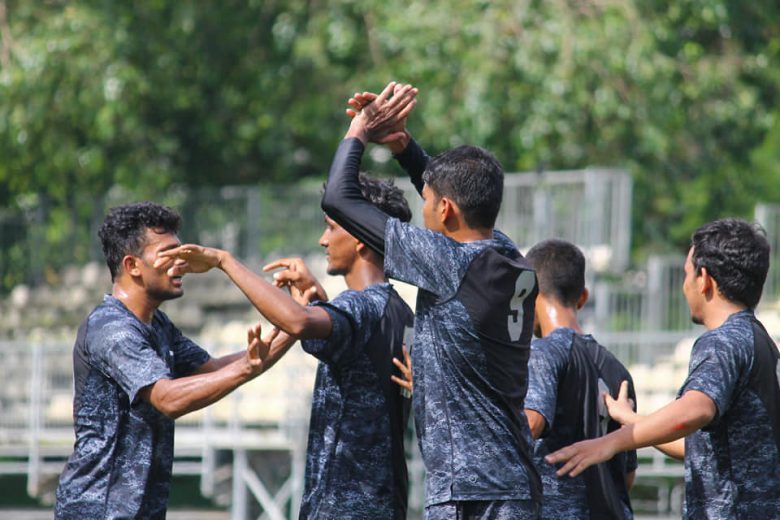 A late goal from Abhishek Bhopale help secure a point for FSI Sea view as they held Millat FC to 1-1 draw, meanwhile in the other game, HDFC outclass CBI.

The opening game of the group day saw HDFC picking a comfortable win over CBI. HDFC started out brightly dominating possession but failed to make inroads in CBI defence as both teams entered the break with 0-0 scoreline.

Lady luck finally shined brightly for HDFC as they were awarded a penalty, minutes in to the second half. However, Captain Titus missed his attempt as the score remained 0-0. Few minutes later, in the 54th minute, Ramesh Singh finally broke the dead lock when his strike found the back of the net. Midway through the second half, HDFC won a free-kick, Kevin Dsilva’s cross in to the box, which was duly converted by Prashant Rane as HDFC doubled the lead. The game ended with 2-0 score line as HDFC started their Nadkarni campaign with a bang.

– Ramesh Singh (Man of the match)

In the second game of the day, a late goal from Abhishek Bhopale help secure a point for FSI Sea view as they held Millat FC to 1-1 draw. Millat FC took the lead early in the game, when a through ball from Denzil found Tarique Ansari in space who duly converted his chance to make it 1-0. Early in the second half, FSI had an opportunity to pull things back on level terms when they were awarded a penalty. FSI continued trying and pushing men forward in search of equalizer, and they were soon awarded when Abhishek Bhopale struck the elusive winner.

We have a young squad of U18 players with few players with Elite division experience. Team is taking it as a warm up tournament. The game was good with high intensity. We missed a penalty but still managed to equalize in the second half. Looking forward to get results in next game against Mumbai city FC

– Vatsal Bhatia (Man of the match)