Players eye improvement after the opening game of Nadkarni Cup 2019 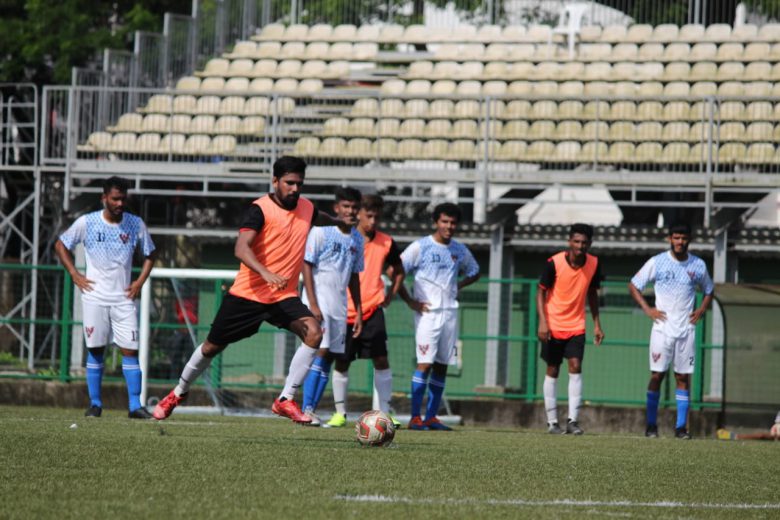 As Nadkarni Cup commences, we take a quick chat with John Coutinho, Allan Dias and Sagar Bedekar after their teams respective opening game of the tournament.

How would rate your team’s performances?

We started out well and played accordingly in the starting 15 minutes but then we started taking pressure on our self. But later on the team came back well once we got the goal we were comfortable the team played very well. We missed a lot chances today, but this was our first game of the tournament. We will work and train on finishing before the next games and look to win all remaining games.

What do you think of the youngsters’ performance in the team?

Players like Dhawal and Reinaldo are very young and energetic and that’s why they are plus point to us. If they mould well into this team, they will have a very bright future.

How did the team prepare for Nadkarni Cup?

We didn’t exactly have a good preparation time. we played two practice matches, which you know isn’t enough to prepare for such tournaments. We tried our best today but things didn’t go well. Now, we look forward to winning the next 2 games.

What was the mentality? Was the team not prepared physically?

The team has a common mentality of winning every game that we go into and physically we are strong and fit too, I guess it just wasn’t our day.

Did you think Century Rayon would make a comeback like that?

Not exactly but when you miss so many chances and allow your opponents opportunities, obviously, the team is bound to lose

How has been the team’s preparation for the tournament?

The team is still building; we have very few players with the experience of elite division or state level. Most of the others are still on trials.

How was the game? Did you think you would take the lead against KSA?

Our main focus was on converting the chances that would come along our way. We did that today, we are glad about the result. We are confident now and look forward to picking wins in the next 2 group games.