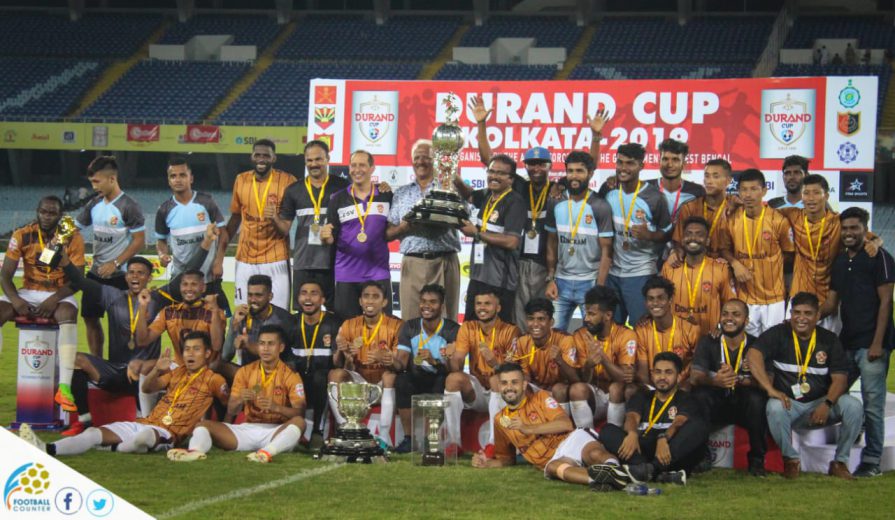 More than 43 thousand fans thronged in VYBK Stadium to cheer for the Mariners. The roaring fan-following were silenced as the first half was coming to an end. At the 45th mark, Marcus Joseph played in a stunning through ball to Henry Kisseka who earned a penalty for Gokulam Kerala while attempting to dribble past Debjit, the shot-stopper of Mohun Bagan to score. The no. 10, Marcus Joseph made no mistake in breaking the deadlock for Gokulam Kerala FC from the spot. Gokulam Kerala went into the tunnel with a solitary goal lead in Half Time.

It seemed that Gokulam had made up their minds to keep imposing pressure on the opposition. Within 5 minutes since the second half commenced, their talisman, Marcus Joseph completed his brace. Naocha Singh’s assist saw Marcus’ prowess in taking the ball from the left flank into the box and scoring a goal at the 51st minute.  However, the Mariners are not a team to let their opponents sail past them easily. They bounced back at the 64th minute, scoring their only goal of the match. Joseba Beitia’s free-kick met Salva Chamorro’s header to trick Ubaid CK into the goal. Things worsened for Gokulam when their defender Jestin George picked up the second yellow of the day at the 86th minute. Gokulam were down to 10 men.

Mohun Bagan left no stones unturned at the dying moments to score the much needed second goal. However, a controversial penalty appeal from Mohun Bagan at the fag end of the match was neglected by the referees and the fourth official. That moment became a major talking point of the match afterwards. The referee’s last blow to the whistle in this edition of the Durand Cup saw the scoreboard reading 2-1 in favour of Gokulam Kerala FC. The Malabarians made history by defeating both the Calcutta giants in the knockout stages to win the coveted competition.

The accolades didn’t stop for the team from the ‘God’s own country’ as Marcus Joseph was awarded the Golden Boot for scoring 11 goals in the entire competition. He also took home the Golden Ball for being the best player in the tournament. Whereas, his teammate and the young goalkeeper Ubaid CK received the Golden Gloves for his exceptional performance.

Thus the 129th edition of the prestigious Durand Cup came to an end. The tournament started with 16 teams, involving participation from I-League, ISL and the Armed Forces on August 2nd, happening in Kolkata for the first time.